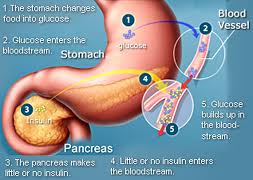 More than 9 million Canadians live with diabetes or pre – diabetes and include people of Aboriginal, Hispanic, Asian, South Asian or African descent.Approximately 10% of these are afflicted with type 1 diabetes.

The number of people with type 2 diabetes is increasing dramatically due to a number of factors such as:

The personal costs of diabetes may include a reduced quality of life and the increased likelihood of complications such as heart disease, stroke, kidney disease, blindness, amputation and erectile dysfunction.

Diabetes could be prevented or controlled through exercise, physical activity and strengthening the immune. One of the most beneficial exercises comes in the form of Yoga. Regular practice of yoga reduces blood sugar levels, the blood pressure, obesity, the rate of progression to the complications, and the severity of the complications as well. The symptoms are also reduced to a great extent, so are number of diabetes related hospital admissions.

The possible mechanisms by which yoga works are:

Yoga incorporates various routines specifically designed to curb and to some extent even reverse this ailment. Some of the routines and how they work are described below.

Sun Salutation is very good exercise for people suffering from diabetes, it increases the blood supply to various parts of body, improving insulin administration in the body. 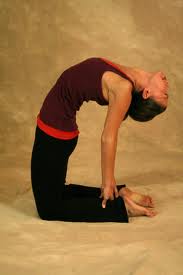 Asanas or physical postures are beneficial in treatment of diabetes. Important aspect of Asanas is stability and comfort experienced in the position. After attaining the position, one needs to relax all the muscles and try to maintain the positions for long. Due to various twists, stretches and strains in the body, the internal organs are stretched and subjected to strain. This increases the blood supply and oxygen supply to the organs increasing the efficiency and functioning of the organ. Stretching various glands result in increased efficiency of the endocrine system. These asanas have positive effect on pancreas and also insulin functioning.

Pranayama or Yogic Breathing is found useful in diabetes. While some of them have a calming effect on nervous system, which reduces stress levels, helping in diabetes treatment, others are revitalizing, which increases oxygen levels and reduces carbon dioxide levels in the blood. In some other Pranayamas, the abdominal muscles and diaphragm are used which puts pressure on the internal organs thereby massaging them and improving their function.

Practice of meditation is especially useful in management of stress. Relaxed and Concentrated state of mind is the aim of any form of meditation which creates calming effect on nervous system, brings balance between Sympathetic and Parasympathetic nervous systems. Initially meditation may be difficult, but can be learnt from yoga masters. Especially for diabetes, concentration on pancreas during the meditation practice has shown positive effects on sugar levels.

Lastly Yoga Nidra or Yogic Relaxation is very important process of deep relaxation, it helps alleviate the stress and has very good positive effects on the entire body – mind complex.