South Asians make up one of the largest non-European ethnic groups in Canada. In the past few decades, this community has made its presence felt in different walks of Canadian life. South Asians are represented everywhere, from the country’s leading banks and businesses to seats of government. Notwithstanding all the progress, the community has its share of uncomfortable issues. Patriarchal family structures, rigid adherence to convention in the name of tradition, language and health problems are some of them. Given this scenario, Mahesh Dattani’s play, “Where There’s A Will,” recently staged in Mississauga by SAWITRI theatre group, effectively delivered some relevant messages.

The play is about a Gujarati family comprising the male head Hasmukh Mehta, his wife Sonal, son Ajit and daughter-in-law, Preeti. Contrary to his name (which suggests a smiling face), Hasmukh is a grouchy patriarch, full of himself. He tries to run his family with an iron hand and doesn’t appreciate independent thinking, even if it is his son’s. His wife, a simple housewife, unquestioningly follows his patriarchal norms. The daughter-in-law, too, abides by his code of rules. And none of them is happy–the son has frequent arguments with his father, the wife’s warnings to Hasmukh to be more careful about his eating habits because of his heart condition falls on deaf ears, and the daughter-in-law keeps up an appearance of obedience, which doesn't necessarily translate into respect.

The story takes a comically unexpected turn when Hasmukh Mehta dies and appears as a ghost, unable, despite death, to detach himself from the goings on in his house. Along with the chaos that ensues, viewers are also introduced to a new character, Kiran Jhaveri, who works as a marketing executive in Hasmukh’s company. Her other identity exposes Hasmukh’s hypocrisy, as she happened to be his mistress, even as he compared his wife to a “faithful dog.”

SAWITRI’s cast of actors does justice to all the different characters–from authoritarian Hasmukh, to subservient Sonal, Ajit–fighting for his independence, Preeti–the ostensibly compliant daughter-in-law and Kiran–the sharp, worldly wise executive. While the first half of the play is dominated by Hasmukh’s soliloquies, with occasional scenes of conflict involving him and other members of his family, it’s in the second half, following Hasmukh’s departure from the world that the other characters come into their own and the different themes of the play—patriarchal double standards, the place of women—both and home and beyond, and generation gap—come centre stage.

What brings the remaining characters to the forefront and facing each other is Hasmukh Mehta’s will, which, too is another instrument for him to maintain his tight grip on his family. Mehta senior leaves all his wealth with a trust, to be headed by Kiran Jhaveri. Namita Dandekar impressed viewers in her role as Kiran–the self-assured, no-nonsense financially-independent woman who comes to live with the Mehta family in accordance with Hasmukh Mehta’s will. 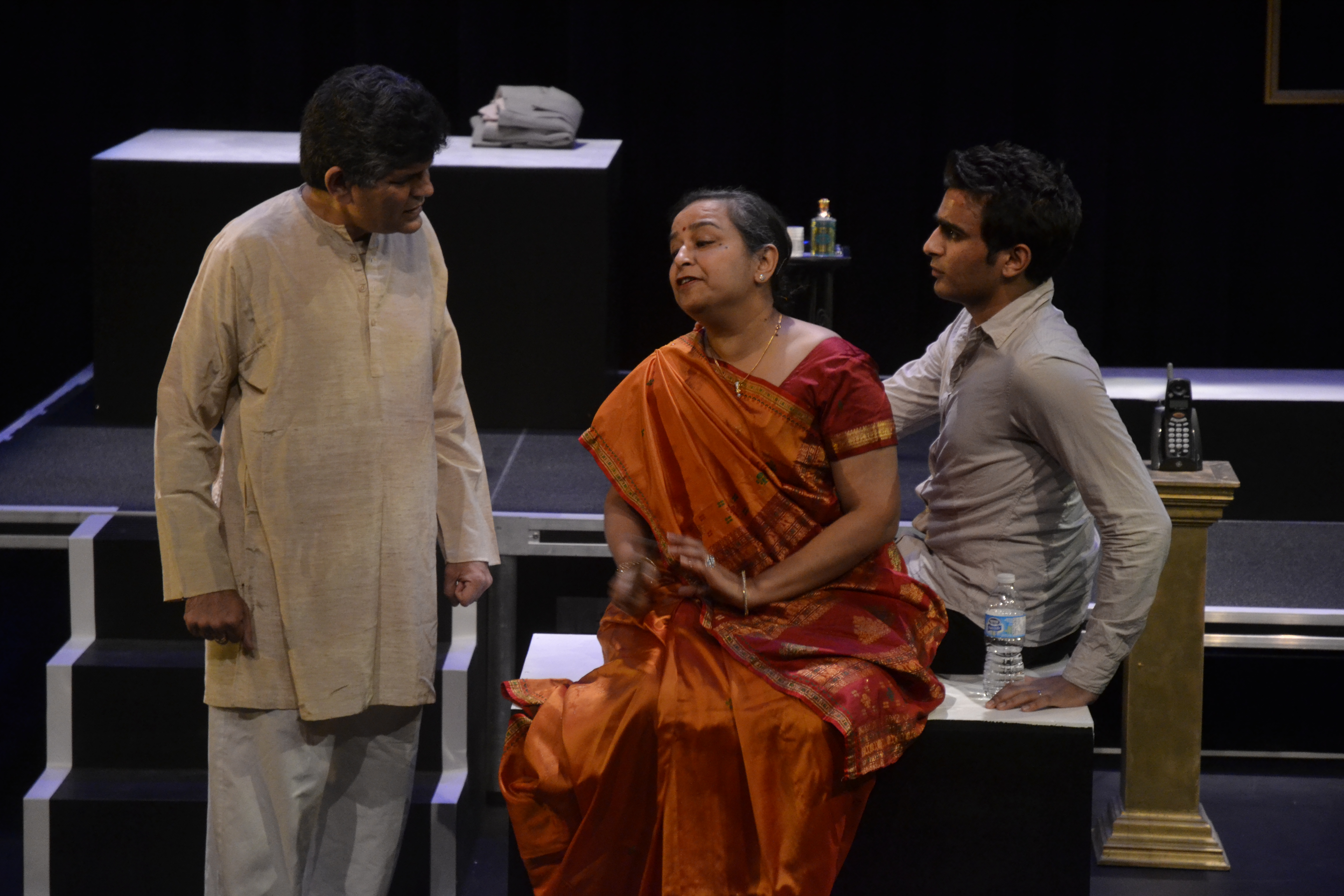 Jasmine Sawant, SAWITRI’s founder, excelled in her role as Sonal Mehta, gullible for the most part, but made to realize some home truths during her interactions with Kiran Jhaveri. Naimesh Nanavaty is convincing in his role as Hasmukh Mehta, notwithstanding a few odd lapses in his dialogue delivery. Sid Sawant, who plays Hasmukh’s son, Ajit, looked a promising actor, ready for the stage. His frustration with his father’s autocratic approach while also being caring towards his pregnant wife and doting mother endeared him to the audience. 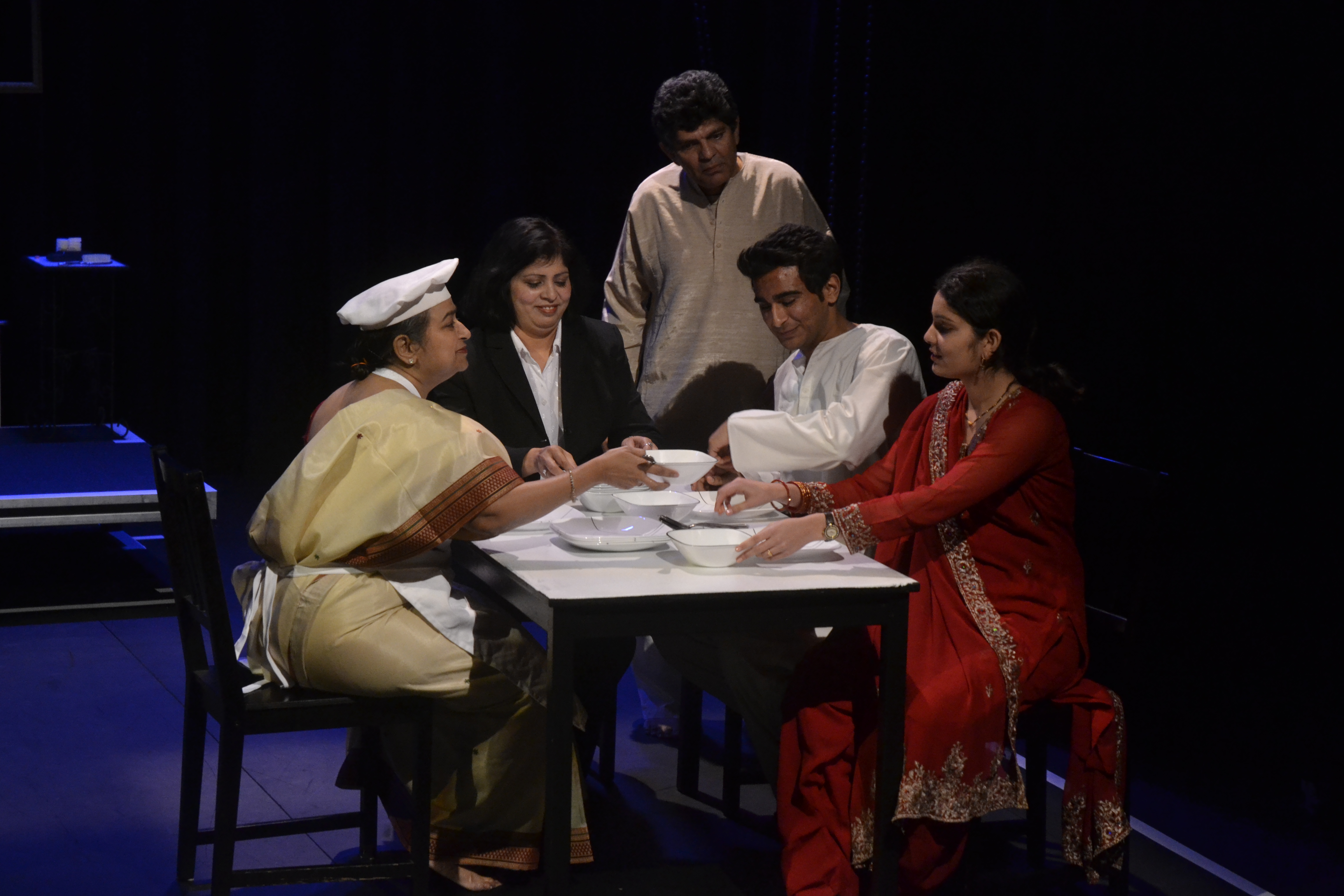 One has to commend director, Christina Collins, who despite her non-South Asian background dealt with the subject matter deftly, incorporating into the performance cultural nuances and subtleties. Equally noteworthy is the work of set and lighting designer, Joe Pagnan. The use of black and white photographs hanging from the stage ceiling to depict walls and the histories of generations past contained on them was clever and effective.

Where There’s A Will was staged to mark SAWITRI’s tenth anniversary. It was also the first production in the newly opened Sampradaya Theatre in Mississauga, and the venue was perfect for the production, both acoustically and because of the sizeable population of South Asians in the city. One looks forward to more performances by SAWITRI’s dedicated and accomplished theatre team.

MyBindi.com was a proud media sponsor of this production