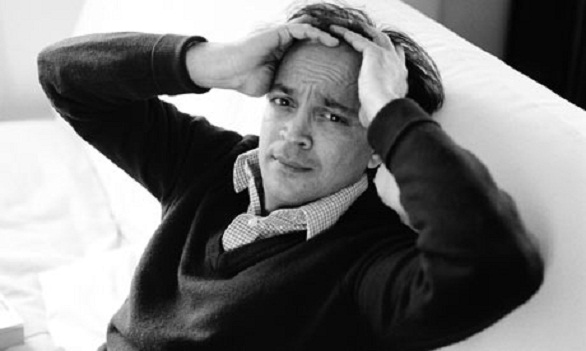 Novelist Vikram Seth Thursday accused the government of “knuckling under” an “enforced disgrace because of power and politics” and “misusing” religion ahead of assembly polls over author Salman Rushdie being forced to cancel his visit to the Jaipur Literature Festival.

Iterating that the Indian republic would not be allowed to be hijacked by fear, Seth said: “God and his prophets do not need bullies to defend themselves.”

Seth's strongly worded statement came on the inaugural day of the maiden Kolkata Literary Meet, which has been organised here as a part of the 36th Kolkata Book Fair.

The Jaipur Literature Festival was dogged by controversy over the India-born Rushdie, who initially called off his visit and then his video address was also cancelled over security threats after some Islamic groups protested over his banned “The Satanic Verses”.

Pointing out that India's independence in 1947 was gained not only against foreigners but also “against tyranny of all types, including the tyranny of thoughts or expressions”, the author of “A Suitable Boy” asked, “Where is the liberty of thoughts, expression and belief today”?

“These liberties (along with that of faith and worship) make us who we are – a constitutor of the nation and not as a religious dictatorship.”

Pointing out that Kolkata Literary Meet was being held only two days after the Jaipur literary Festival ended “with a disgraceful exhibition of the suppression of the word”, he described Rushdie as “one of the most prominent and admired authors of the time”.

“No one was going to be forced to listen to him. He was not even going to talk about a book published more than 20 years ago which had proved controversial,” said Seth, referring to the “The Satanic Verses”.

Seth said there were no protests when Rushdie attended the same festival in 2007.

“People are not fools. It is election time. Everyone knows the truth. The whole affair was whipped up because of power and politics and misuse of religion.

“And the government knuckled under an enforced disgrace because of power and politics and misuse of religion. Frankly this is madness,” said Seth, not mincing words.”

He said in a constitutional nation unless somebody threatens violence “we do not have the right to gag or bully or dictate our neighbour or decide what he or she can decide, or see or think or hear.”

“You do not have the right to go up to the three monkeys and with your own hands cover up their eyes and ears and mouths. You cannot use the argument of religious morality to do this..”

Referring to B.R. Ambedkar's use of the expression “constitutional morality” when describing the Indian republic, Seth said co-existence of religions have enriched the country.

“We will not let our beloved and free republic to be hijacked by fear. It happened once in the emergency. It must never happen again. We cannot let them break the pen, we cannot let them ration the ink,” he added.