Shreela began exhibiting short films and documentaries at festivals and for broadcast while working in location sound for other film makers. Notably, she has been credited for location sound effects in Deepa Mehta’s Water.

In this interview for MyBindi, Shreela talks to Shazia Javed about her first feature film Rock Paper Dice Enter (RPDE). Shreela is the Director of RPDE and Co-Produced it with the film’s male lead Kash Gauni. Shreela and Kash will be present for the Mississauga premier of their film on June 6 at Landmark Cinema, Square One. 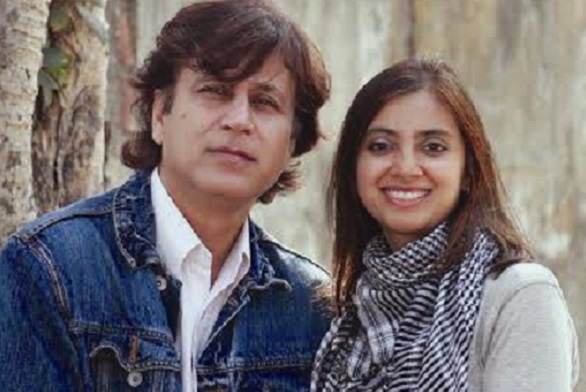 Why did you choose Rock Paper Dice Enter as your first feature film? What attracted you as a Director to this story?

Rock Paper Dice Enter began as a conversation with writer/actor Kash Gauni. We were two people on opposite sides of Canada having a passion for storytelling. When he shared the story of a thriller he wrote, Once Upon A Lama, I was hooked.

My first encounter with Kash was nine years back. He got my number from a member of the Toronto industry to help promote his documentary about a Peace Mission on an Indian Naval Ship. I had been involved with local film festivals at that time.

There was limited internet interaction back then so our conversations were as minimal as a couple of phone calls. Full stop. Then social media came and we reconnected two years ago. We had not met in person until more than halfway through the shoot of Rock Paper Dice Enter, though we spoke and texted several times a day.

During those conversations, it became clear that we both wanted to make a film. I felt as though I went all around the world shopping for scripts only to discover that I was talking to the storyteller I had always been looking for. Kash’s story has punch – an audacious plot!

Kash knew me through my sound credits on Deepa Mehta’s film, Water, and other films I had made. He was specifically looking for a woman director to give the film a different treatment from other action thrillers. The plot revolves around a mystery caller that Special Forces can’t trace.

Is it true that RPDE is the first Edmonton made movie to get a commercial release in Canada?

Yes, Rock Paper Dice Enter is the first Edmonton made movie, a suspense thriller suitable for family viewing, to be commercially released in theatres worldwide. 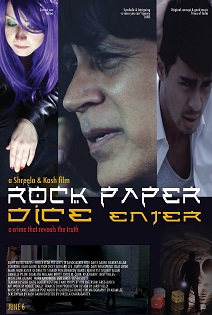 Wow! This is no mean feat. How did you accomplish that? What were some of the challenges you faced and how did you overcome them?

The combination of Kash and me completes the circle of where commerce meets art. We had in hand an intriguing story and around it we built a model. We started with a business plan, performed a SWOT analysis, examined our resources, and set our sights for the big screen in commercial theatres. We began sharing our idea with people we thought might be interested. Distributors grasped we had something interesting but no track record. We had to prove ourselves. The challenge of HOW was solved by answering with WHAT. Working backwards from our big screen goal and interested distributor, we ramped up the cool factor which came from creative people in the community and what they could bring to the table. We had made a conscious decision to bypass festivals. With the reality that we would get buried under thousands of films, we aimed straight for commercial theatres because we felt that audiences who go to movies would enjoy our brand of entertainment. The very visible demographic shifts of this country naturally come with a growing demand to have it reflected in our Canadian culture. Our time was now and success followed.

We found a talented DP from Hollywood and a local music composer who had built a career around global music licensing and offered to compose his own music for our film. What further upped the production value of the film was the fact that Kash was a retired fire fighter and could perform his own stunts. Clearly, we were in a position to overcome all obstacles.

RPDE was recently released in India by PVR Rare. Were you there to the witness audience response?

We wouldn't dare miss the opportunity to witness another country’s response to a Canadian film. Every step has been educational. It took PVR minutes to decide this film was fitting their mandate: a director driven regional film. They treated this film as an English language Hollywood thriller from Canada and picked it up as soon as the film was completed.

We were part of a press screening in Mumbai, a week before the premier, paired with a Hollywood war film based in Afghanistan. There was clearly a contrast in storytelling style and absence of violence and foul language (to the Censor Board’s delight!). The way our film very subtly threaded in issues, intrigued the crowd of reporters who eagerly asked us questions around Dalai Lama, diamond trading and Parkinsons Disease.

In the ultra-modern shopping malls of India with brand new complexes, we found our standees and posters next to Oscar nominees and Bollywood box office contenders. When members of the public chose to buy tickets for our movie, it was a wow moment. I wished we could have brought the entire cast and crew to witness this achievement. So many Canadians have no idea how modern India functions. It holds the title of the largest film industry in the world. Being there was an absolute privilege. We will continue showing this film one country at a time.

Can you speak to how and what aspects of your Indian ancestry play into your films?

I had a brief identity crisis before flying out to India. I didn't know how to dress as a film maker from Canada in India: do I wear a dress, casual, a sari? Ultimately, I dressed as I do but for a moment I felt like an Olympic athlete representing my country without a uniform. No, I didn't hold a flag, but India always brings out the Canadian in me.

We are the products of our DNA which manifests into our thoughts, our behaviour and creative expression. Kash and I have this complementary combination of being immigrants, Canadians and world travellers. It gives us the freedom to tell stories from multiple perspectives. For example, Rock Paper Dice Enter, is a theatrical film made from a North American perspective. We could just as easily flip it around and make it a Hindi television movie or a French Canadian film. The time, technology and fashion is optimal for us now to explore every global avenue.

During my conversations with Kash over chats and FaceTime, he would bring up references of classic Indian films that he liked such as Dev Anand in The Guide. We loved the Bollywood song in the opening of Spike Lee’s film, Inside Man. He would send me YouTube links of movie scenes to help me understand what he was envisioning when he wrote the story. I would take inspiration from these clues and even imagined Kash as this hybrid character between Dev Anand, young Amitabh Bachchan and Al Pacino – never having met Kash in person. A subtle homage to Indian cinema was the opening scene where Roman grabs a belt filled with stolen diamonds. We are privileged to have a rich heritage in film culture to draw from. I grew up in a Canada that included Indian regional cinema. As a film director, I feel I have a full menu of options to choose from and shape elements into things suitable for the near future.

Your thoughts on the Mississauga premier of RPDE?

To have a simultaneous multi-city release makes me wish I could replicate myself on the one hand, but on the other, Mississauga, after Mumbai, will be a great place to observe how a large multicultural population takes to the film. I already know my city of Edmonton and province of Alberta very intimately. They will support a local film very earnestly. Mississauga will be a new experience and I am ready for all the lessons it has to offer.

Check out the trailer of Rock Paper Dice Enter 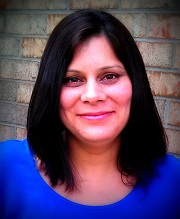 Shazia Javed is a writer, photographer and filmmaker presently living in the GTA. Her community arts project “Celebrating the Muslim Women of Edmonton” led to an exhibition of her photography at the Edmonton Arts Council during the anti-racism week in 2010. Her documentary film NAMRATA was an official selection at the Hot Docs International Documentary Festival, Global Visions film festival, Doxa- film and video festival, and Durban International film festival among others. It was also a finalist for three AMPIA awards (Alberta Media Production Industries Association Awards) including the best screenwriter non-fiction under 30 minutes for Javed herself. You can follow her on twitter @shaziajaved.