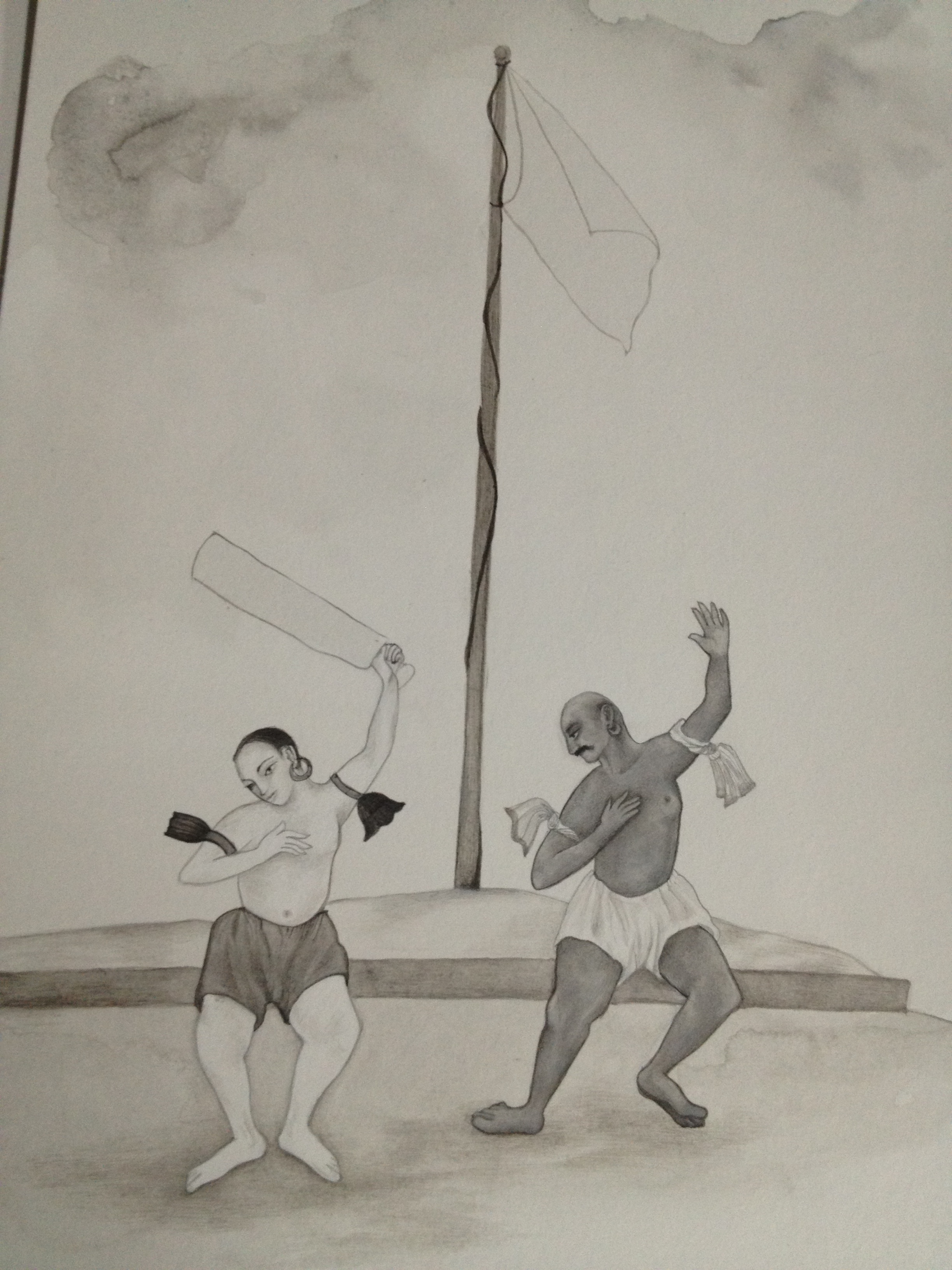 Frieda Kahlo, well known Mexican artist invested well in her drawings. Those articulate musings of physically and mentally anguished years flow to bloom into powerful drawings that render recognition of these drawings beyond the cavernous depths of her Painting with oil. Inspired by the recent Show at the AGO curator and artist Asma Mahmood invited three more artists to investigate their skill of drawing for a small group show, entitled “Drawing Women”.

Reeta Saeed and Sumaira Tazeen Sheikh are both graduates of National College of Arts Lahore. They received their degrees in traditional technique of miniature painting, that unlike European model has evolved as a robust contemporary expression of art bypassing the limitation of size that earlier indicated mostly manuscript paintings etc.

Reeta Saeed has exhibited internationally creating a unique place for herself where she experiments with many mediums. A graduate of NCA, her practices involve traditional miniature painting from subcontinent to the de-construction of textiles materials. She has exhibited her art at MOCCA, Harbourfront Centre and AGM.

Reeta's works at the show are a collection of drawings that she is developed during various recent residencies.

Sumaira Tazeen Recipient of Haji Mohammed Sharif award for Miniature Painting and a gold medal in academic excellence, NCA 1996, Charles Wallace Trust fellowship 2004, DIFD Scholarship award for 2003- 2004, received her BFA from NCA. Recent residencies include VASL artist workshop 2001 and one at Living Arts Center, Mississauga, Canada 2009. Besides traditional and contemporary styles of Miniature Paintings, she also delves into Sculpture, Video, and Installation Art. Before migrating to Canada in 2011, she taught as an Associate Professor at Indus Valley School of Art and Architecture, Karachi, Pakistan.

Her works in this show are warm up drawings for an upcoming body of work from the series called “Sabz Bagh”. Inspired by Mughal miniature painting borders the paintings represent a garden. Poppy, butterflies, gold and black orbs refer to the diaspora migrating from other countries to Canada in search of opportunities for better life. It is about the garden which is always green on the other side.

Bushra Mahmood, a recent graduate of Sheridan College Oakville in Illustration and Motion Graphics currently works for a reputable advertising firm in Austin, Texas. Bushra started her professional career in illustration quite early designing CD jackets and marketing collateral for bands and a music festival she ran from 2006 to 2011. Her ability to draw brought her many awards and recognition on various levels of municipal and community platforms. Exhibited works include selected drawings from commissions over the years. 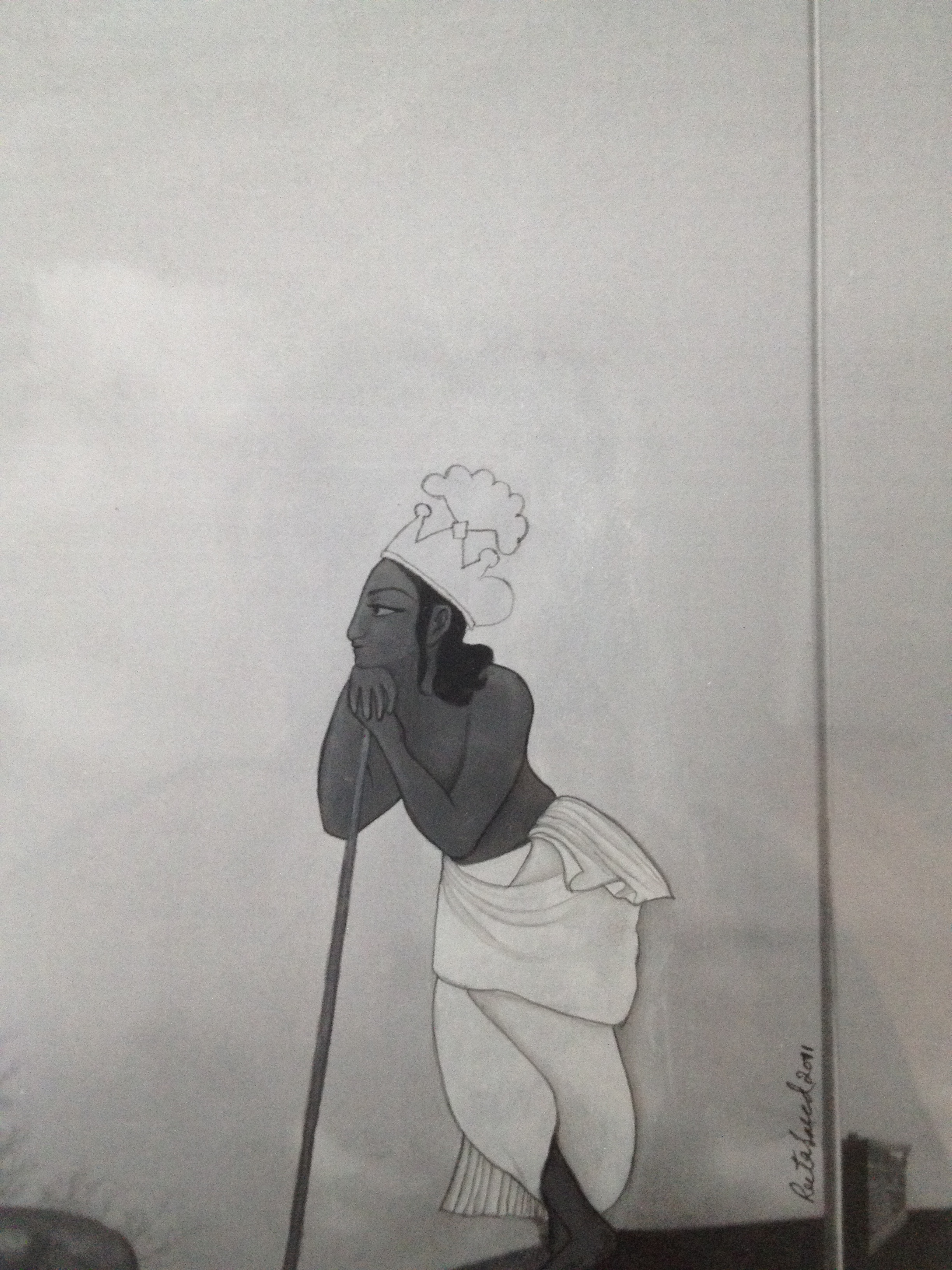 Kanchana Raste holds a masters degree in Chemistry and software engineering. Her interest in art came about with her intuitive understanding of form and technique.  Kanchan specializes in mixed media and combines them together to bring out her true expressions on paper. Inspired by the Warli folk art originating in the Western parts of India, near the metro city of Mumbai, this ancient art form with distinguishing characteristics like use of monochromatic color schemes along with heavy use of geometric shapes to represent most of the objects including human figures and animals is used to decorate homes and temples. Kanchan uses vividly contrasting colors and hues which unveil the story behind each.

Asma Mahmood is a mid career artist based in Mississauga. She received her MFA from York University and has an active visual arts and curatorial practice. Her drawings and recent projects were presented in Bangladesh during Dhaka Biennial and Goteborg Arts Biennial in Sweden. She has exhibited at AGO, ROM, Harbourfront Centre, Luminato Festival as she continues to create new works that encompass her socio political activism.