Rubin Museum of Art presents CABARETCINEMA – Where movies and martinis mix, India on the Verge: A film series that is inspired by and complements the paintings and sculptures of The Body Unbound, the first exhibition of a three part series of Modernist Art from India.

Older and grayer day by day, Satyajit Ray paints a portrait of a bankrupt aristocrat who desperately clings to his falling star in the opulent confines of his music room.

Inspired by the autobiography, Trying to Grow, filmmaker Waris Hussein navigates us through cultural identity and sexuality, through the candid lens of the small but mighty Firdaus Kanga.

The first exhibition in the three-part Modernist Art from India series, The Body Unbound focuses on representations of the figure and the body in modernist art from India after that nation's independence in 1947. 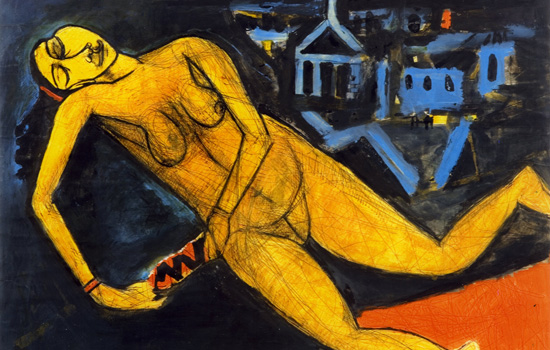 Figuration has been a long, sustained tradition in Indian art and Indian artists had already begun to incorporate secular and non-courtly figures into their works prior to Independence. Post-Independence, notions of the figure and body became connected with the creation of new cultural identities as well as the broad social and political concerns facing a new nation.

Reflecting on the predominant concerns of India's artists in the decades after Independence, The Body Unbound considers the artistic and psychological significance of figurative modes in these paintings. As India's artists negotiated professional, social, and political spaces for themselves in a changing nation, the way in which they represented the body continued to evolve. The exhibition will include works from the early 1940s to the mid-1980s, ranging from traditionalist representations of Indian villagers and townspeople to representations of the metaphysical “man” to the socially and politically charged narrative representations that predominated in the 1980s.

Modernist Art from India,  is currently exhibited at the Museum and will be on display until April 9, 2012.