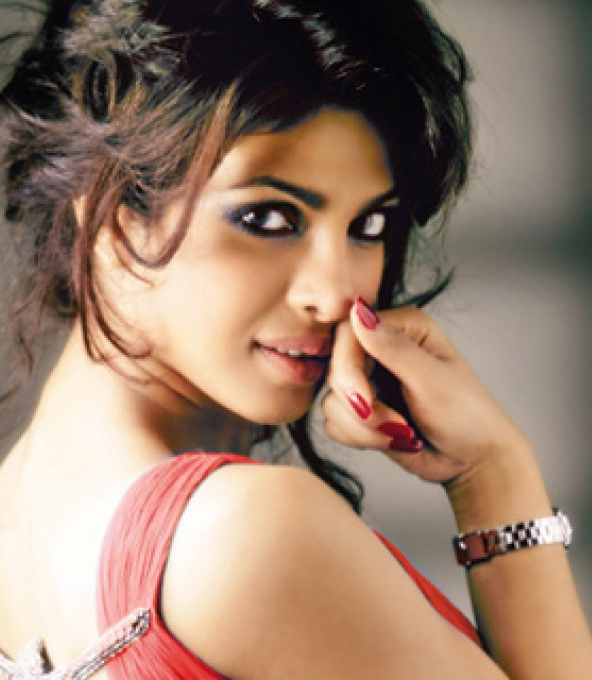 “In My City” might be Priyanka Chopra's first international single, but the actress made it a point to retain the Indianness by adding some desi dance moves in the video.

“I wanted to give it an Indian flavour in terms of dancing. I wanted the world to see what Bollywood is all about,” Priyanka said at the unveiling of the video held here Tuesday.

“I wanted that the identity of the song should be Indian. I am very India-proud. When people see my video, they must feel that Bollywood is like this,” she added.

The dance moves in the video have been choreographed by international pop sensation Lady Gaga's choreographer.

“Entertainment is everywhere in the world. A lot of technicians come from abroad and work in our films.  Art has one identity and this is globalization.”

The actress revealed that the first person to see her music video was her father.

“I showed the video to my dad first. He is not well and has been in the hospital for a while now. He really liked it specially the 'namaste' which I do in the song,” she said.

The actress says she is still trying to understand her style of music.

“I am still trying to understand my style. I think it is a fusion and amalgamation, which will be enjoyed in West and India,” she said.

Asked whether she would like to sing for her own films, Priyanka said: “This is just the beginning. I am waiting for the entire album to come out first,”

Check out the music video for “In My City”