Pritam Bhattacharjee, an accomplished disciple of Mewati maestro and living legend Pandit Jasraj, mesmerized audiences with his mellifluous voice and exceptional versatility as he sang compositions in Hindustani Raaga music, popularly known as Bandish in the Bandish Ke Rang concert organized by the Pandit Jasraj Institute of Music in Toronto (PJIM)
.

Beginning with Vilambit Khayal, a slow tempo bandish, often used in the beginning of a concert, the talented musician went on present a detailed Raag elaboration.

“As the name implies, a Bandish is bound by certain constraints, most notably those of raag and taal,” said Dr. Amit Arya, founder of PJIM who launched the Institute in 2011 in Toronto as a not-for-profit organization with a mandate to propagate Indian Classical Vocal Music.

Accompanied by Kiran Morarji on tabla and Neelesh Nadkarni on harmonium, Bhattacharjee went on to present music in Drut Khayal, a fast tempo bandish, Chatarang, a composition with bols of Taarana, Bandish, Sargam and Pakhawaj/Tabla as well as compositions in Tappa, Trivat and Raagmala. 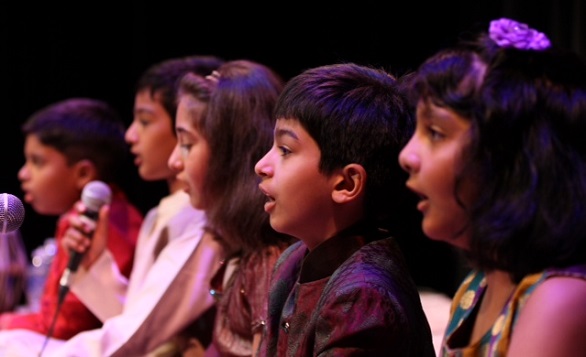 A senior faculty at the Pandit Jasraj School of Music in Atlanta, Bhattacharjee first met the legendary Pandit Jasraj in Assam where he was accepted as a student at a very young age. He went on to become a prominent member of the Mewati Gharana and an accomplished performer and has, over the years, performed widely in India and abroad in prestigious venues and festivals.

He has traveled and performed extensively with his Guru Pandit Jasraj and has won several awards including the Sangeet Acharya Award from the Pandit Jasraj Institute of Music New York and New Jersey. At a very young age, he is known not only an accomplished musician but a well known Guru and composer. 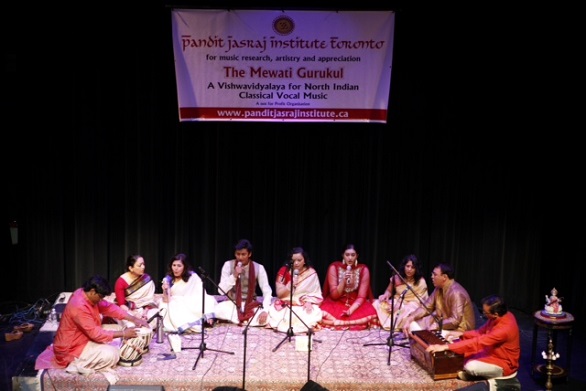 The Mist theatre at the Mississauga campus of University of Toronto, where the concert was held, resounded with sounds of Bandish ki Thumri, a composition portraying various moods in love and Hori ki Bandish portraying Holi describing the colours of the festival and pranks between Krishna and Radha and the other Gopis.

The program began with recitals of disciples of Dr. Amit Arya, followed by Bhattacharjee’s performance. The children’s group performed a drut khayal in Raag Brindabani Sarang and the adult group sang a Haveli Sangeet Bandish in Raag Yaman, prior to the main performance.

“The Institute is open to all who have the commitment, dedication and open mind to learn music. PJIM Toronto is also open to all the students of all ages, races, religions and nationality,” said Dr. Arya. “Through this institute, students of all ages and levels carry on the legacy of the Mewati Gharana, along with the rich cultural traditions and values of India. The Institute offers classes in Hindustani classical music for students who wish to learn in the traditional Guru Shishya Parampara, in particular in the Mewati tradition.”