Gary Taxali is an award-winning illustrator whose work has appeared in many major magazines, galleries and museums throughout North America and Europe. In 2005, he launched his first vinyl toy, The Toy Monkey, which included a special edition along with a silkscreen print commissioned by The Whitney Museum of American Art in New York City. This led Gary to create his toy company, Chump Toys, and to release his OH NO and OH OH vinyl figures. 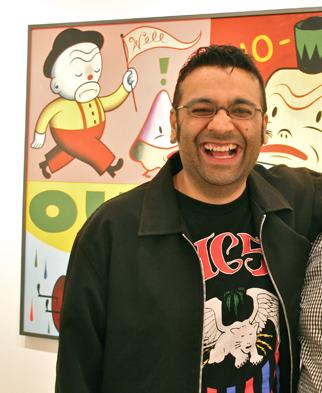 Gary also teaches at OCAD University and has lectured widely, including at The Art Director’s Club of Houston, Dankmarks Designskole (Copenhagen) and Istituto Europeo Di Design (Rome). A Founding Member of The Illustrators’ Partnership of America, Gary also sits on Canada Post’s Stamp Advisory Committee. The many student and professional competitions he has juried include the Juno Awards (Screening Committee), the Society of Illustrators, the National Magazine Awards, the Dallas Society of Visual Communications and 3×3: The Magazine of Contemporary Illustration.

Gary created the cover art and inside illustrations for Aimee Mann’s latest album @#%&*! Smilers, nominated for a 2009 Grammy for Best Package Design. Major publications include the children’s books This Is Silly!, I Love You, OK? and the monograph Mono Taxali. Earlier this year, The Royal Canadian Mint released a special edition of six Gary Taxali 25¢ coins. Gary was also appointed to the Stamp Advisory Committee for Canada Post commencing January 2012 for a three year term. An art installation of the 2012 Royal Canadian Mint gift set coins designed by Gary Taxali will be on display.

Gary's unique style crosses over between illustration and fine art and the works on display at the exhibition show the interplay between narrative and conceptual art. His art posseses a nostalgic feel with a modern sensibility reinventing pop art.

This year, Gary collaborated with the Royal Canadian Mint to release a set of six gift coins set for Birthday, Wedding, O Canada, New Baby, Tooth Fairy and Holiday (to be released later this year). 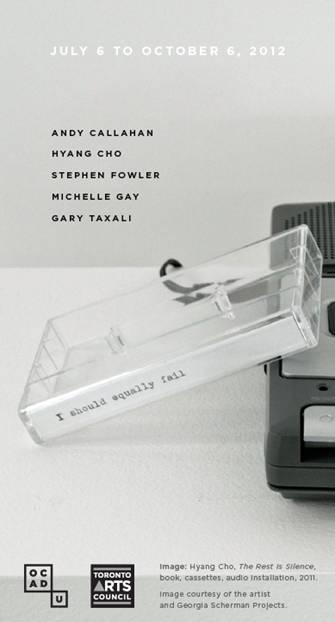 Letter Rip
samples contemporary explorations of the connections between the visual and the literary, a theme that has engaged Toronto's cultural community for generations. The exhibition features work by designers Andy Callahan and artists Hyang Cho, Michelle Gay and Gary Taxali with anchoring contribution from Stephen Fowler, proprietor of the eclectic book shop The Monkey's Paw. Fowler will curate a display from his collection of books by niche publisher Charles C. Thomas.

About Onsite at OCAD University

Onsite is OCAD University’s professional gallery. Since launching in 2007 with Rirkrit’s first solo exhibition in Canada, it has hosted solo and group shows featuring dozens of nationally and internationally significant contemporary artists and designers, enriching OCADU’s educational experience while helping to make this university an indispensable cultural resource for the region.