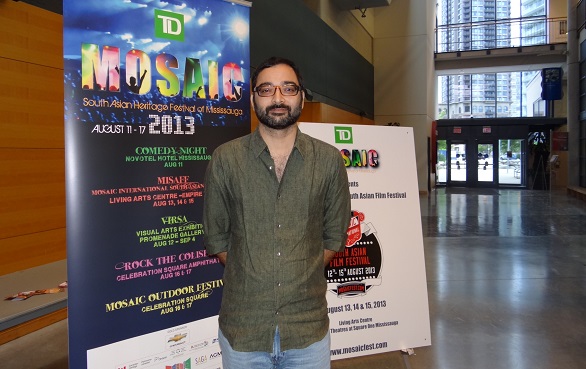 It started off with a hilarious comedy night on Aug 11 at the Novotel Hotel with international comedians Ali Hassan from CBC, Nitin Mirani from Dubai, hailed as one of the funniest people of 2012, by Rolling Stone magazine and the funniest Muslim in the US, Azhar Bin Laughin’ Usman, famous for his ‘Allah made me funny’ comedy tour, theatre production and movie. These three transformed Mississauga into Laughsville!

The following day saw a visual arts exhibition at The Promenade Art Gallery on Lakeshore Road, portraying the works of painter extraordinaire and philanthropist Jimmy Engineer from Pakistan, famous for his ‘Partition’ series of paintings depicting the partition of British India into Pakistan and India. 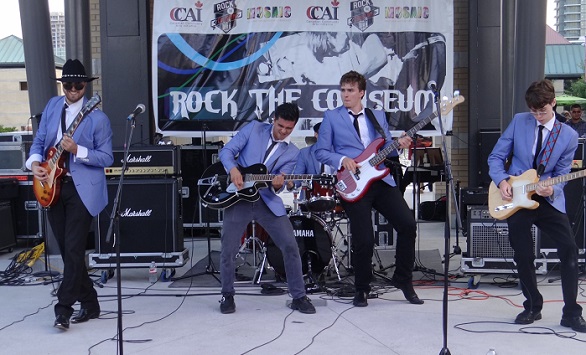 Days 3-5 hosted the TD Mosaic International South Asian Film Festival at the Living Arts Centre and Empire theatres at Square One, where another milestone was etched in the annals of history as Mississauga for the first time ever, accommodated the world premiere of any world class movie ever, ‘Zinda Bhaag’, an Indo-Pakistani collaboration starring the grand veteran thespian of Indian cinema, Naseeruddin Shah and produced by Mazhar Zaidi of Pakistan, who was in attendance. This movie won four awards at the festival and is now a contender for the Oscars!

Then came the grand finale, the 6th and 7th days of the festival on Aug 16 and 17, that attracted a super multitude of enthusiastic fans, filling the Celebration Square in Mississauga to its brim, laughing, enjoying and brightening up the venue as they hustled and bustled about buying curios, clothes, costume jewelry and other nick-knacks as well as extending the party to their stomachs by enjoying some real taste-bud tantalizing food! A separate section within the premises was reserved for kid’s arts and crafts activities.

A soiree for special guests preceded the festival where awards were handed out to winners of the Mosaic film festival and to honour local painter Panchal Mansaram for his extraordinary contribution to the arts. Mayor Hazel McCallion of Mississauga then cut the ribbon to officially declare the outdoor festival open. 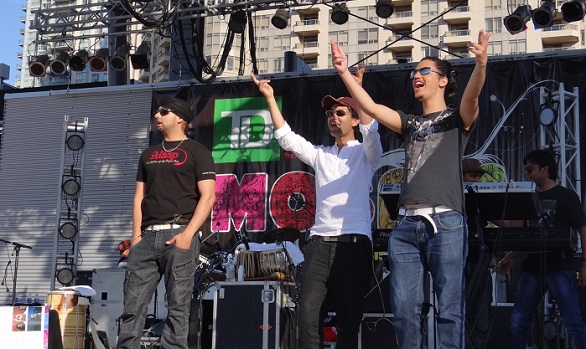 Indie music bands forming part of the Rock The Coliseum component of the TD Mosaic festival playing in the amphitheatre while on the main stage, a band from the UK, SWAMI, opened up the evening. Several local dancers also performed. 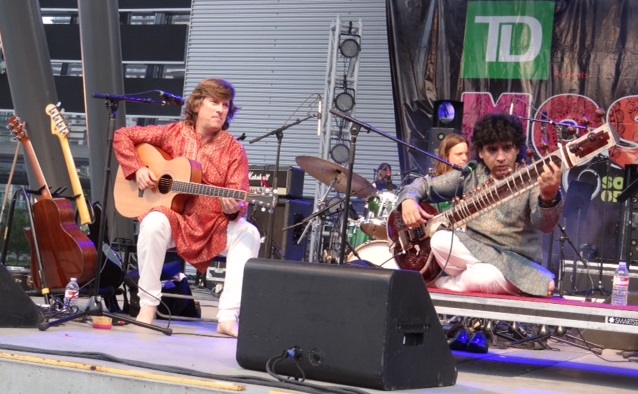 Then on came a fusion band with Anwar Khurshid on sitar and the Paul Deslauriers blues band on guitar, drums and bass that took the audience on a magic carpet ride from Delhi to the Mississippi delta. Canadian band Josh brought up the finale for the first evening that had the crowd going wild! 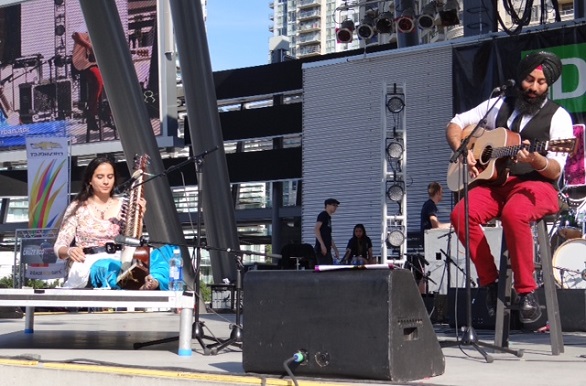 The second day saw several performers and dancers up on the main stage and more indie bands at the amphitheatre. On the main stage, classical music players Shreyas Ambedkar on suntoor and Dave Bansraj on tabla sent the audience into their ‘dhun’. Then on came American Idol contestant, Gurpreet ‘The Turbanator’ Sarin and his sister to wow the attendees with their melodious voices, even doing a cover of one of Bob Marley’s songs. Alaap with Channi Singh, Bobby Panesar and others then took over and got the crowd really into the mood. 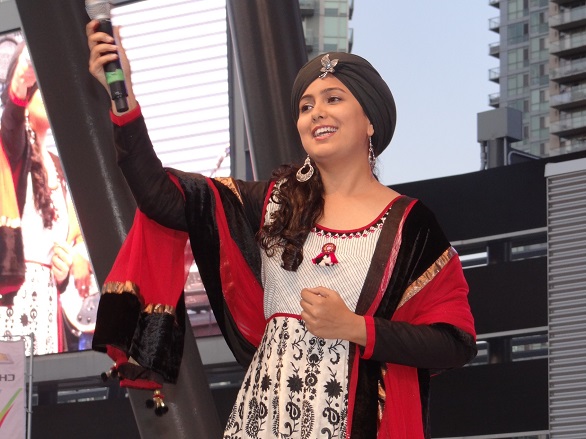 Following that, on came Harshdeep Kaur, the moment the crowd was all waiting for, and totally bewitched everyone with her awesome voice, energy and stage presence, holding the patrons in the palm of her hand. For being a ‘sufi ki sultana’, she certainly rocked the grounds. For her final number she called on stage, members of the group SWAMI (UK), the Turbanator (US) and the great Channi Singh (UK) and they broke into the most popular qawwali ever- ‘Damadam Mast Qalandar’ -prompting hoots of joy as everybody danced with wild abandon! This was nirvana!

And to bring the festival to a close, perennial favourite Shiamak Toronto dance team put on their very avant-garde, cutting edge dance program!

Mississauga will never be the same again!