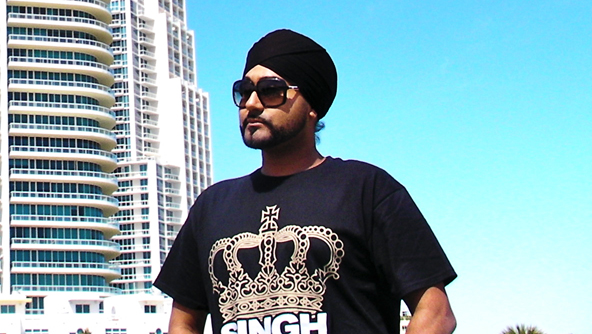 Kuly was diagnosed with a brain tumour in April 2011 and underwent radio and chemotherapy. He was receiving treatment at a specialized clinic in Houston at the time of his death.

Kuly was an intrinsic part of RDB, a leading international music group, famed for their contribution to globalising Bhangra and Indian music. The Punjabi DJ production team that brought together brothers Kuly, Manj, and Surj, traveled extensively to bring their music to the world. The brothers were best known for blending western genres with traditional Punjabi beats and vocals and were behind such popular chartbusters as Shera Di Kaum Punjabi from ‘Speedy Singhs’, Yamla Pagla Deewana, and Aloo Chaat. Their latest Bollywood song, Sadi Gali from the film ‘Tanu weds Manu’, was an instant hit amongst the Indian youth and continues to be played in nightclubs around the country.

Kuly played a large role in driving RDB to conquer both the UK and the Indian bhangra industry. The hip-hop bhangra band that collaborated with international artist Snoop Dogg and Bollywood actor Akshay Kumar, will sorely miss the charismatic singer who was an inspiration to many British Asian musicians.

Kuly’s death is a huge blow to the Punjabi music industry and has affected celebrities and fans alike.

Bollywood star Akshay Kumar tweeted: “Just heard about Kuly from RDB`s sudden demise. Still reeling from the shock of the news. RIP.” Svee Kaur Bains, an RDB fan from Vancouver, said: “So sad and what a tragic end. I hope it draws attention to the illness. May God rest his soul and help his family. 2012 has lost too many music greats!”

Kuly’s death comes in the wake of recent plans by RDB to open a studio in India. The band had earlier expressed its desire to be more involved in making music for Bollywood. Band member Surj said: “Bollywood market has always opened its doors for different kinds of music and our band’s sound was adored. I must say Bollywood is one of the biggest markets for our kind of music. Our music goes out to places where we would not expect it to reach.”

Check out this hit track from the RDB brothers. RIP Kuly from the team here at MyBindi.com.