Centre A is pleased to announce the February 13th opening of Follow Suit. 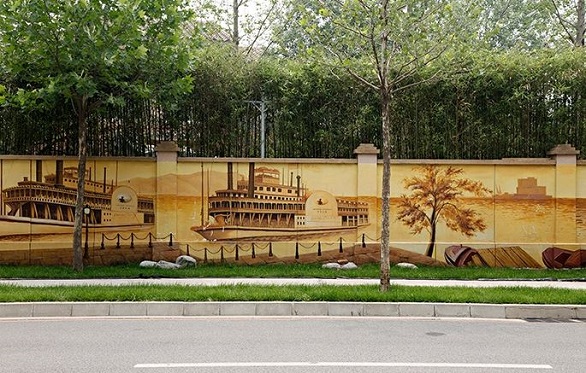 Featuring photography by Kotama Bouabane and a video installation by Henry Tsang, this exhibition facilitates consideration of the latent implications and effects of late 20th century acts of architectural replication in Beijing on cultural development and mutual understanding between China and the West.

In 2011 Toronto artist Kotama Bouabane traveled to Beijing and encountered Beijing World Park, an educational theme park of miniaturized global tourism destinations. He also visited Ju Jun, a suburban Beijing neighbourhood conceived in 1999 by Chinese real estate developers who commissioned Californian architect Aram Bassenian to design a neighbourhood like the numerous others he had built in Orange County, California. Beijing World Park, for its part, was built in 1993, in the years after the Tiananmen protests when Chinese GDP per capita was still below $600/year* and when China?s rising to join the jet-set ranks of wealthy nations was still very much uncertain. 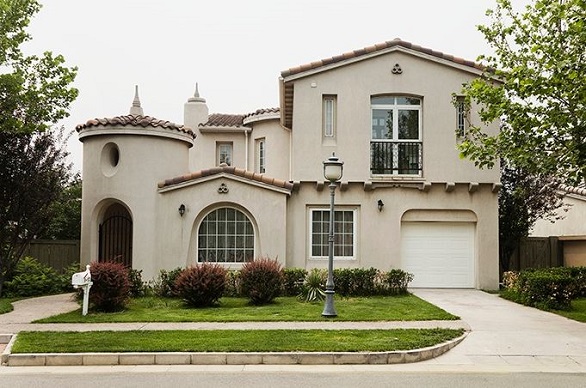 Bouabane's resulting photo series, Follow Suit (2011), provides a window into these two particular features of the Chinese built environment. Shown together, they blur the lines between fantasy spaces built for entertainment and education and those built for daily life. Thus far exhibited exclusively in Western urban settings and consistent with Bouabane's often satirical approach, these images effectively spark a bemused curiosity about the seeming absurdity of Others going to varying lengths to consume, inhabit or associate with popularized icons of Western architecture.

While at first glance these works may appear to demean their subject, perhaps it is in the moments after an amused chuckle that the art-work truly begins to occur; in the moment when the viewer comes to consider the manner and attitude of their own amusement. In this way Bouabane's work can serve as a provocative doorway to a deeper dialogue; a means for putting our perceptions of how fantasy and reality relate to the spread of globalization and capitalism into the context of societies? emergence from isolation and poverty. 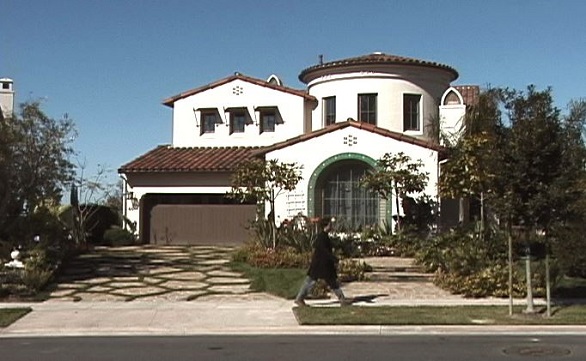 With the same Ju Jun neighbourhood as one half of his backdrop, Vancouver artist Henry Tsang created a four-screen synchronized video installation entitled Orange County (2003). This video depicts Tsang seamlessly moving between indecipherably similar neighbourhoods on opposite sides of the globe. Tsang's work not only investigates the impacts that migration and the global knowledge economy have had on the relationship between geographic location and human identity, but also, positioning America as exotic, this work acts as a poignant prompt to reflect on the evolution of perceptions of Otherness.

According to Centre A's new Executive Director Tyler Russell: “This exhibition shows us how artists encountering very similar, if not the same phenomena, can react with very different artistic expressions. Bouabane's photos give us an opportunity to reflect on both the consequences of global capitalism and outdated ways global middle classes and elites have looked down on aspirational expressions of people from emerging and recently emerged economies. Meanwhile, Tsang's video continues to permit thoughtful reflection on the implications of a global knowledge economy on the built environment, social experience and identity formation. Kudos to my predecessor Haema Sivanesan and curator Alice Ming Wai Jim for bringing these works together.”