1) What inspired you to come up with the idea to link the past and present throughout your writing?

In the context of a country which has a long history, it would be impossible to make sense of what is going on today without looking into the past. A foundational teaching of the Buddha is called ‘conditioned co-origination.’ What it simply means is that everything is conditioned. So to understand any and everything that comes to be the experience of an individual, society, country, etc. in the present, one has to look to the past. So, as the characters came to grow and the social context began to emerge, I found myself dipping into history.

2) You used to be an actor and dancer in Sri Lanka. How did that art form aid in strengthening your creative writing skill?

I was a good dancer, but in acting, I was only in minor roles. That experience perhaps may be seen as speaking to a general artistic bent in me. But as I need hardly tell you, good writing also comes from studying good writing. So not only was I trying to learn writing as an art, but also the art of short story writing itself, by looking at them critically.

As a ‘culture vulture,’ I was to be enriched and inspired by this rich tapestry of Sinhala literature continuing from an ancient past.

Another influencing factor may have been my critical studies on Literature in Canada.

It can be said that I am the writer that I am today primarily by being at it in some form or the other – academic, popular, creative. My writing being in two languages possibly helped.

3) Why did you choose to not place a bigger emphasis on political figures and social activists?

I didn’t ‘choose.’ I was just telling a story and trying to make it both believable and dynamic. So whoever or whatever appears in my novel are simply what emerged naturally from story development. I was not out to highlight one or another. My focus was the development of the two characters and things fell into place.

4) Every story told always has a dramatic turn of events and a moment where the plot reaches its climax. Why did you decide to avoid that altogether and stay loyal to the idea of mirroring real life itself, which may not always contain those dramatic moments?

I wasn't trying to include or exclude one or another feature of story writing. Mind you, this was my first novel and I was sort of myself growing in the art of the novel along with the novel. So perhaps it may be my lack of experience.

But I’ll confess that it is not that I didn't have an inspiration. Anton Chekov. His stories are notorious for not having a climactic ending leaving the reader up in the air. Sometimes a story ends in a description of the sky. What I found fascinating in his technique was that it allowed for the creative imagination of the reader. Not having a climax, the reader makes up [their] own ending, maybe more than one.

However, while there may not be a particular dramatic ending in Untouchable Woman's Odyssey, there are any number of sub-stories, each with rising action, conflict and resolution throughout the intricate networking stories.

5) What was the motivation behind erasing the religion and ethnic group borders that had already been set out and instead incorporating them into the story?

Oh, that is both easy and difficult to answer. It was not so much as erasing, but keeping away from socially divisive labels and possibly looking to erase borders from the mind of the reader.

The ‘religion and ethnic group borders’ you refer to entail labels, each with huge amounts of emotional baggage – good, bad and ugly. So, using such labels then would have meant that the reader comes to read my novel already biased one way or another. The quality of the novel, the characterization, story development, etc. will all take second place. They’ll come to be coloured by the emotional bends and tracts in the mind of the reader. That means that the objectivity [and] the open mind needed in reading a literary work will be lost. The work will not be judged by its merit, but what one perceives in light of the labels.

I wanted the story to be universal. All that mattered was that the characters were from different backgrounds and came from different experiences. What mattered was how they came to live together in a way to maximize their happiness. This is not to say there is no social reality in the novel, but that it is not pegged to a particularity. 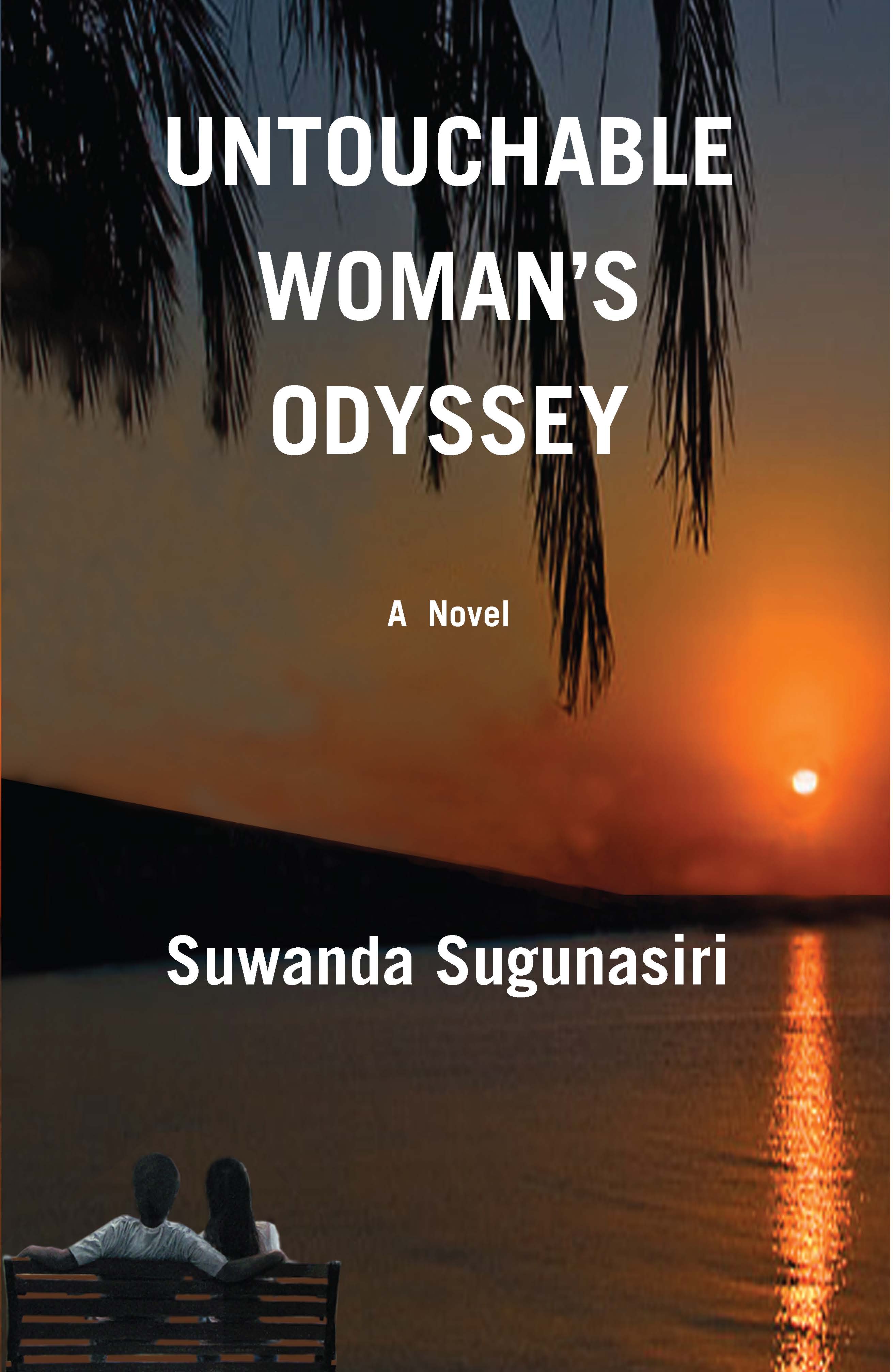 6) Did you think you were taking a risk in incorporating many different religions into your writing, with the focus still remaining on Sri Lanka?

Hardly. That is what Buddhism is all about, tolerance. And that is what Sri Lanka has been for all of its 2500 independent years. Of course, from time to time, there are bound to be variations of a theme to put this to the lie. But overall, anyone reading the history of the country would know how tolerance and compassion has been the hallmark.

So Christians, Muslims, Hindus, Buddhists have all lived together amicably in the country for millennia and they happen to be in my novel in such a relationship since that was how it was in the country I knew.

7) Did your personal life of being a Buddhist inspire the events in this novel?

It is not that being a Buddhist ‘inspired the events.’ They emerged as a natural outcome of story and character development. However, in formulating them, it should not be surprising that the hand of Buddhism would have been the engine guiding the train of my creative of thought. It is not as if I made a conscious effort but as critics have pointed out, the Buddhist ethos seems to have seeped into the novel.

8) This was your first novel. What are your plans, if any, for the second one?

[I] never say no but as for now, at my age (77), I can’t say I have the energy for a sustained creativity as would be required in writing a novel. Even writing this novel was not the result of a conscious thought of writing a novel.

It emerged in the context of a visit back to Sri Lanka after 26 years. This was what can be said to have inspired me into writing the novel. Mind you, when I began to write the novel, I was still relatively young – in my mid-sixties. And I seem to have kept on writing and writing and writing. But today? I don’t know.

9) Have you received more recognition in Canada or Sri Lanka? How are audiences reacting?

The reviews have been raving. “It was a page turner.” “Wow! Incredible?” These were two comments I’ve received at the personal level. Each of them had read my novel in a single weekend. Someone who took three months to read, in between acting, living and socializing found it confusing! But beyond that, it is difficult to say how audiences are reacting, primarily because the novel has not reached a wider circle.

Can I then hope that my exposure on MyBindi.com will bring about a sea change in that situation? I know that there are the intelligent readers out there in large numbers. So I can only thank you for featuring me on your website, hopeful that your attempt at being inclusive will pay off in helping building a robust Canadian literary milieu.

10) Your novel has been characterized as 'an extraordinary first novel.' How does that feel after all your years of preparation to finally receive that praise?

I’m, of course, elated! The comment of my novel being extraordinary makes me happy also because I know I won’t live long enough to write another novel.

My novel is complex not because I take pleasure in making life, real or literary, difficult and confusing but because that’s what life is. [It’s] complex, as I also know from my own life.

And a first novel being extraordinary perhaps also means that it shows a level of competence in fiction writing not seen in a first time writer. I may be a first time novelist but I’m not a first time creative writer. I’m a literary critic and an academic so it is not difficult to judge my own novel with some objectivity.

11) What's currently on your bookshelf/bedside table?

Unfortunately, not much in the area of creative literature. But I have been recently re-reading Prof. Warder’s book on Indian esthetics. Another book I refer from time to time is Linguistics and the Novel by Roger Fowler.

[With] my research continuing to be on Buddhism, I’ve been looking into the Buddhist concept of mind. In that context, my other current reading is a book titled: The Brain: the last Frontier by Richard M Restak.

So am I once again forcing myself into literary oblivion? But I can assure you that once a novelist, always a novelist!

After completing the interview, Suwanda Sugunasiri wanted to give a special shout out to MyBindi.com.

“Thank you for providing me the opportunity to engage in some reflections. This is something I’d never done in relation to my novel in any conscious manner. I can say that the exercise has made me happier about the novel and myself and I have become even more confident that Untouchable Woman's Odyssey will find its place of honour in the hallowed annals of Canadian as well as International literature.”

This interview has been edited and condensed.