65 West 55th Street
by Gagan Suri is a great example of how unions between individuals from differing races, religions & cultures are becoming the norm. Although such partnerships can be controversial, Suri shows the lighter side to things & allows the reader to see the glass half full rather than half empty. A mix between fictional and real-life events, 65 West 55th Street truly shows the power of love & how it conquers all! 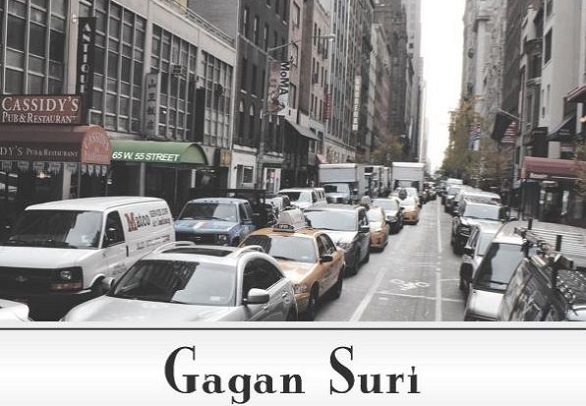 MyBindi's Habiba Ahmad caught up with Suri to discuss how it was like to share pieces of a personal journey with the world.

With inter-racial & inter-religious marriages becoming more common, why was it so important for you to tell this kind of a story?

Indeed inter-racial and inter-religious marriages are becoming more common in a handful of cosmopolitan cities across the world, but majority of the world still does not endorse these marriages. 65 West 55th Street is a lot more than an inter-racial and inter-religious story — it is a story of two families; it is about love, respect and individual lessons that life teaches each of us. The story can be read at various levels. The first obvious one is a fun and romantic story of an inter-religious couple. The second level is where the story emphasizes the message for humans to connect with other humans without any bias and that includes race, religion, political boundaries, skin color, accent etc. The final level is where it challenges you to question yourself and test yourself that although you may have embraced this concept, but if your own sibling or your child wants to cross the man-made boundaries, how will you react? This is a very personal story, and I had to struggle opening it up to the world. Ultimately, I realized that the message that I wanted to share with the world was far bigger than my fears of sharing this personal story!

Your book discusses love between a Hindu man & a Muslim woman. Do you believe this union is more controversial than any two other race or ethnic couples coming together? If yes, why? 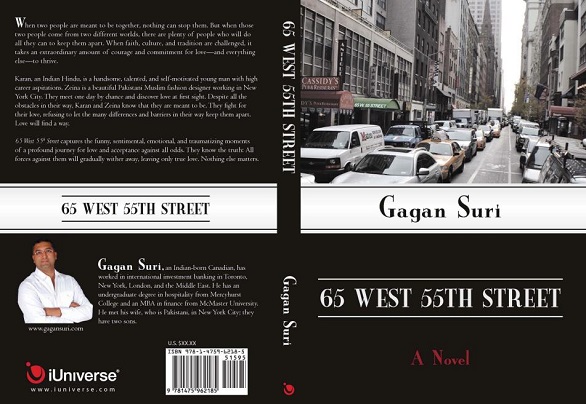 Hindu and Muslim is not as controversial as the fact that in this case it was an Indian Hindu and a Pakistani Muslim. Given the history of the two countries and ongoing issues which surface every few years, this story becomes more important. I would not say it is more controversial than other stories because I am sure there are other interesting untold stories out there – how about a Hijazi Muslim (from Makkah region) getting married to an Israeli Jew – I am sure that must have happened and that sort of story would catch a lot of attention!

Although your novel incorporates several heart wrenching moments it also gives lots of laughs. How important was it to tie in humour? Can you share with us your favorite comical scene from the book.

I live life lightly and so does my wife. We laugh every day – it is healthy; she has a great laugh. I told the story just as we live our lives; jokes and funny incidences are a part of our lives and I made sure that is well reflected in the novel. I love the ‘lota’ incident in the novel. A large part of the world does not understand the significance of daily ablutions and the plastic mug in bathrooms of most South-Asians homes. For someone to make lemonade in that mug is rather gross and yet funny! I had to share that incident – if nothing else, just for the world to know that if you see a mug in a bathroom, do not move it into the kitchen or water your plants with it – it is purely to wash your arse!

How much of the book is fiction & how many incidents are actual episodes shared by Gagan & Sarah?

Ahem! I have categorized the novel with an interesting genre that I think I came up with – “Fictionalized Memoir”…although, most of the story is based on true incidents, I will leave it up to the reader’s imagination to guess that one. 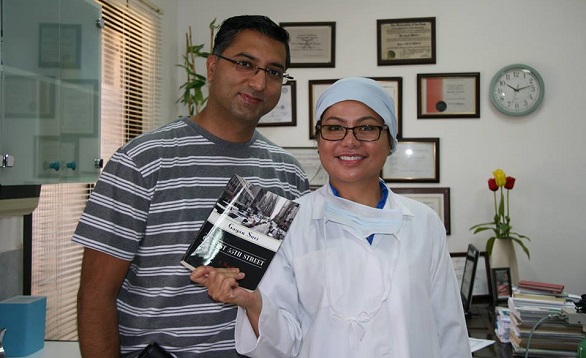 Has writing 65 West 55th Street been a rewarding experience for you?

It has been an incredible experience – it has changed my life. I have had to revisit, relive and re-evaluate myself, my life and my relationships with my wife, my parents, my siblings and relatives. Over the years, I became a boring writer just writing long official business documents, prospectus and memorandums. This was fun writing – I laughed and I cried several times while writing the novel. I put my heart into the novel and most readers say that they felt that the story unfolds very naturally. I did not write the novel to make money; I wrote it to share an important message with the world.

The reaction has nothing been positive, supportive, complimentary and encouraging from family, friends and strangers. I have numerous people send me personal emails sharing their similar experiences and many readers have been kind enough to rate and review the novel on various websites. 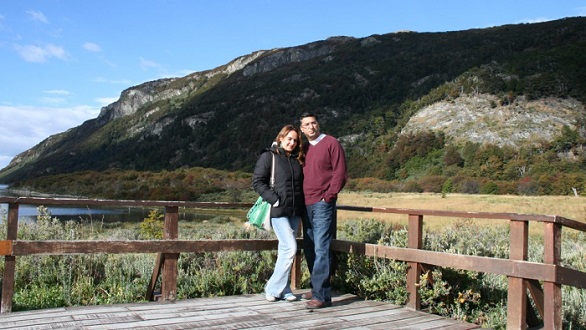 If you could pick any celebrity actors to play Karan & Zeina, who would you cast for a film based on your book?

Farhan Akhtar and Priyanka Chopra would be my choice.

What is the most important message from your book that you would like to share with others?

The message is simple, yet powerful – love goes beyond boundaries; learn not to be biased and prejudiced.

What is your next project?

First I want to focus on becoming financially independent, then learnt to play the guitar better and as soon as time permits start another interesting story which I think will be called – “Wall Street to Malik Road,” and this time it going to be funnier!

To purchase your very own copy of 'The Family Took Shape' please click HERE
.