It's a Bollywood show like no other! 'Mystic India
' is a high-energy, mesmerizing, dance production that takes its viewer on a celebratory journey through India's rich culture & booming Bollywood industry. Amit Shah
the founder & creative director of AATMA Performing Arts
, is the man behind the making of this majestic ensemble. 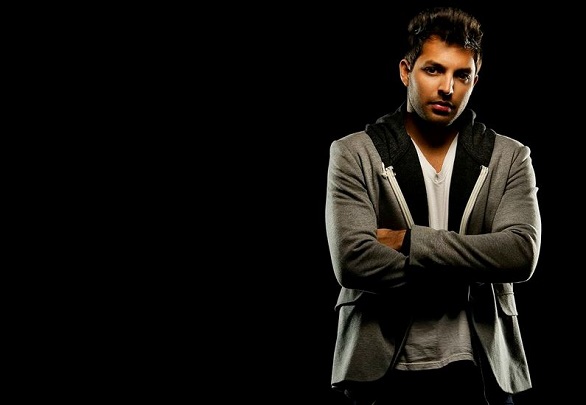 MyBindi's Habiba Ahmad caught up with Shah to discuss what sparked the idea for such a production & how much goes into bringing it all to life!

How did ‘Mystic India’ come to be? What inspired you to start such a production and want to share the energy of Bollywood with the world?

I was in India in 2010 buying fruits and vegetables with my mom in a small village in Gujarat where people did not speak much English. A group of merchants began talking about me in Gujarati (the language of the state of Gujarat where my parents are from). They were asking one another what I was doing in such a small town and what country I was from. I interrupted their conversation by answering in Gujarati, and they were shocked. They told me they have never thought an Indian born in the US would be able to speak the language. It was at that point that I realized that I wanted to create a show that showed people all over the world that you do not need to be born in India to appreciate, understand, and practice the religions and customs of India. Believe it or not, but that event was the inspiration for creating Mystic India which soon became Mystic India: The World Tour
.

‘Mystic India’ is more than a Bollywood production in that it also weaves in the history of Indian Culture. What research did you do to combine historical facts with popular Bollywood beats?

To me, Mystic India is very personal and represents my take on India.

I was fortunate enough to grow up in a household where my parents taught my sisters and I the value of Indian culture. My grandparents have always lived with me as well and were an important part of us being raised with so much cultural awareness.

We grew up listening to stories of Krishna and other gods, watching Bollywood films, and going to Indian events. At the same time, I realized that outside of my household, there was a melting pot of cultures called America that forced us all adapt to one another. I was lucky enough to have the best of both worlds. When creating Mystic India, I did not have to do much research. I just had to be me and share my ideologies with people. 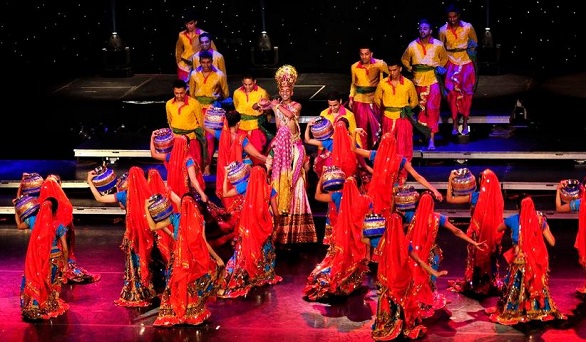 What was the most challenging & rewarding part of making ‘Mystic India’?

The most challenging when I first started was finding dancers who would dedicate time for a production that did not have a name at that time. People believed in the vision, but having 65 dancers on stage for a production like this was not common. The most rewarding part has been seeing the show’s progress since its conception and knowing that its success is credited to the support of everyone I have worked with and all my dancers who play such a role in molding the show into what it is today.

How did you find yourself in the world of dance?

To be honest, I never considered myself a “dancer.” I grew up going to community events, participated in cultural shows, and found my love for music through those means. Along the way, I gained the experience to be able to create Mystic India, but I would say it was a very natural progression for me since Indian customs are very rich in festivities revolving around song and dance. Over the years, it was my love for theater and production that gave me the ammunition to create Mystic India. 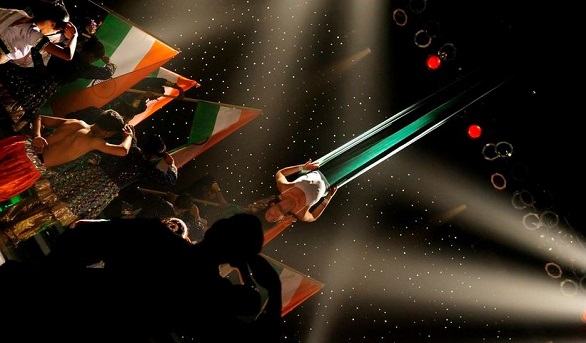 You've had the opportunity to work on several Bollywood film sets. How is it different between working on choreography for a movie as opposed to theatre? Do you prefer one over the other?

I grew up performing on stage and I am fascinated with lights, curtains, and the types of production elements that are only seen on stage. There is also something very empowering with performing in front of a live audience. Choreographing for a film involves a very different approach and what you imagine to look a certain way on stage appears totally different on camera, but I thoroughly enjoyed my experience working on the few films I did and I would do it again if the opportunity presented itself.

In addition to your time on film sets, you've worked alongside top Bollywood actors such as Deepika Padukone, John Abraham and many more. Do you ever feel nervous or star-struck around them?

I’ll have to admit – it was a different feeling. I wouldn't say that I was necessarily star-struck, but I definitely felt pressure being around actors with so much experience and were loved by people around the world. You soon realize that they are very normal and hard working. They really did inspire me.

Bollywood is known for its large group song and dance sequences and its item numbers. What kind of sequences do you enjoy choreographing best?

I truly enjoy the variety. I love group choreography, because it allows you to incorporate different elements and skills from a variety of dancers. I would have to say my favorite pieces involve folk or Indian classical elements. 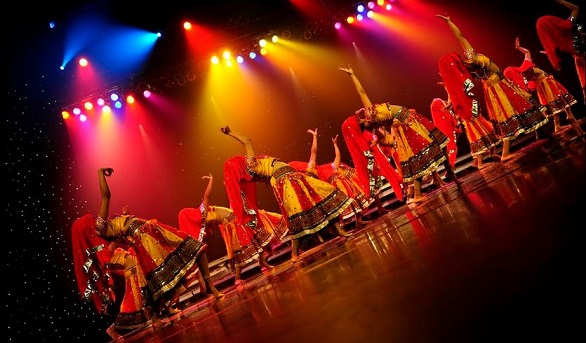 What is your favourite Eastern style of dance as well as Western and why?

It is very difficult to pick favourites. Like I said, I like the variety. I love Kathak because it is graceful yet sharp and has intricate technique, but I also love street styles such as hip-hop because it allows you to feel the music and move with little worry about body positions. Again, it’s the combination of using the best of both worlds that makes dance exciting for me.

Aside from managing your performing arts group AATMA, you also manage an events & entertainment group as well as a costume design company. What made you want to venture out and start these companies? How do you manage to juggle everything?

Everything I do starts organically – most often when I feel there is a need. While creating Mystic India, I realized that I had a skill for making costumes and people appreciated my work so I started Andaz Costume Design
. I now design and produce costumes for dance companies around the world. When self-producing shows, I realized I could organize and plan events. I love the idea of branded events and there is an art for being able to design events with guest experience in mind (much like a show). With that idea, I started Aura Events & Entertainment
, and I now have a team that plans all types of events – weddings, corporate, stage shows, etc. 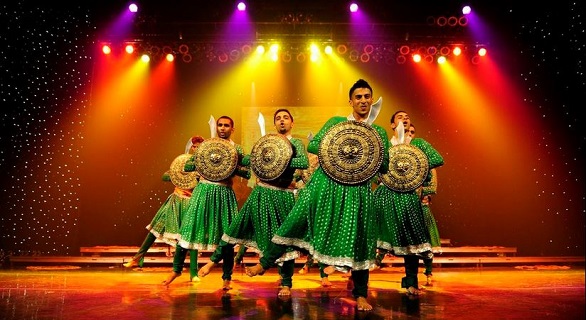 Mystic India features over 1000 costumes. Are all your costumes made in house at Andaz Costume Design? If so, how much detail goes into making one individual costume?

Yes, I design all the costumes and my company Andaz Costume Design creates them in India and ships them to us. We add new costumes to the show every few months, but it takes a huge team of workers to make them. Each one is hand dyed, embroidered, and sent through various links in the chain to complete one full garment.

What message would you like your audiences to take away from ‘Mystic India’?

I want them to appreciate both traditional and modern India and understand how many facets make up its beautiful culture. Overall, I want audience members forget their duties and worries for 90 minutes and have a great time. 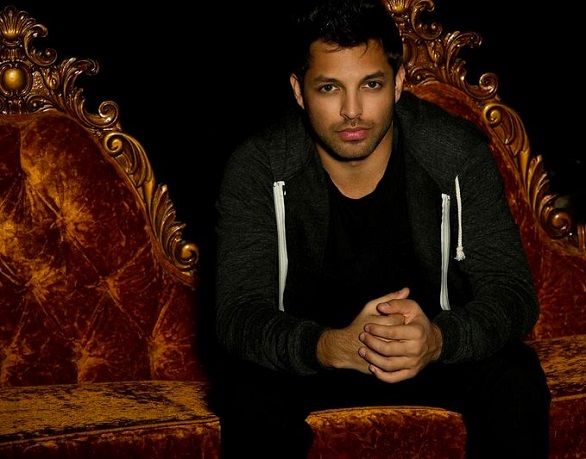 What future projects are you currently working on?

Currently, Mystic India is my main focus, and we are constantly reinventing the show. We perform at the same venues often and we like to bring something new to the table whenever we can. Other than that, I do have a concept for a new show in mind, but it will take time before I can manifest it into something to talk about. For now, Canada has my full attention and I look forward to bringing Mystic India back there in the coming weeks.