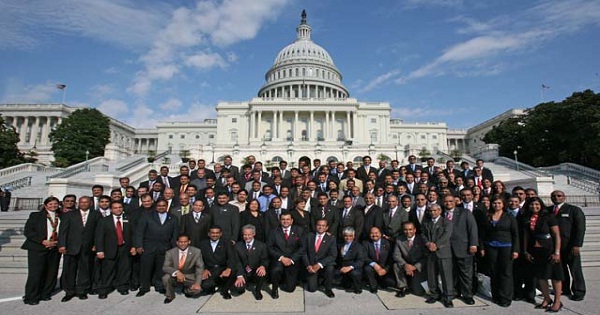 People of Indian origin are close to making one percent of America's population of 308.7 million with their numbers shooting up by a whopping 69.37 percent over the last decade.

Indians are now the largest Asian subgroup in 25 states in America, mainly in the South and Midwest, making them the main driver in population growth of Asian Americans, according to an analysis of US 2010 Census data by the California based India-West newspaper.

While California had the most Indian American residents at 528,176, and New York was second at 313,620. Indians have a higher percentage as a ratio of a state's total population in New Jersey.

Indian Americans are the largest Asian group in six of the 10 largest metro areas in the US. These with their national rankings by population size listed in brackets were: Chicago (3), Dallas (4), Philadelphia (5), Washington, D.C. (7) Miami (8) and Atlanta (9).

The Indian American population increased due to several factors, including the influx of a large number of professionals, particularly those coming on H-1Bs, according to the India-West analysis.

India was also a leading source of foreign students from 2000-10. Many have stayed to continue their studies or to work in the country. Many others who immigrated to the US in the 1980s and 1990s have sponsored relatives under the family visas.

Another factor is the growth of small businesses run by Indian Americans, particularly convenience stores, hotels and motels and in the health-related fields.