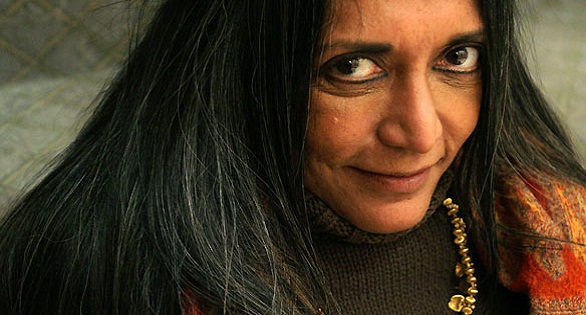 Canadian film director Deepa Mehta is currently best known for her Elements Triology: Fire (1996), Earth (1998) and Water (2005). This could perhaps change for the Oscar-nominated director after her latest film creation, Midnight’s Children based on the Booker Prize-winning 1981 novel by Salman Rushdie, releases in theatres this Friday.

From the unlikely romance of Saleem’s grandparents to the birth of his own son, Midnight’s Children
is a journey at once sweeping in scope and yet intimate in tone. Hopeful, comic and magical – the film conjures images and characters as rich and unforgettable as India herself. Chronicling 60 years of modern India, Midnight’s Children also captures the violence and chaos that devastated India pre and post Independence.

But there’s more than meets the eye to this coming-of-age epic and, the director behind it. Dressed in dark clothing with her tresses flowing and a hoarse voice, Mehta sat down with MyBindi.com’s Ashna Singh in a candid one-on-one interview at Trump Tower. Here’s a closer look at Midnight’s Children and a glimpse into Mehta’s creative mind:

Describe your ‘Eureka’ moment when you knew you wanted to become a film director.

I don’t think there was a Eureka moment. Because I’ve grown up with films. My father was a film distributor in India… so I grew up watching movies. You know people would go for recreational activities; I’d go and see a movie. So I’ve always grown up with movies. There is something about movies that I just I felt really much at home watching them and knowing about them and because of Dad and his work….a lot of the movie actors would come home… before a film was released, for premieres etc…So I also grew up with actors. I also grew up with the reality of films that it was not just about glamour; it was all about hard work. So I knew every aspect of it.

While Mehta was pursuing her Master’s in Philosophy at Delhi University, she started to work with a group of friends who made documentaries and had asked for her help. From lights to camera, Mehta had a variety of new tools under her belt which drew her closer to film.

All those things I had learned, which people go to film school for, I was lucky enough to experience. I thought my God this is not bad. I went back to academics and I made my first film.

It’s no secret that the film industry is challenging, especially for females and visible minorities. After directing for over 30 years, how have you managed to “stay in the game” so to speak?

It’s very important that one knows that if you make films, you must really feel passionately about them and it’s not for glamour. It’s because you have something to say. The story you want to tell, whether it’s a story about a South East Asian is irrelevant. Stories should know no colour. They should all be about pure emotion. If you feel passionately about it, and you know that it’s hard work, then you persevere.

What is the best piece of advice you were given during difficult times in your career?

Film is not a solitary art form. When you sit, you write a book, your pen, your laptop yourself. With a film you actually need a film crew. The minute you make a film it becomes more expensive. What you realize that there’s a lot at stake. And because there’s a lot at stake. It’s important to know that you must really want to do it, otherwise don’t do it. If you think you’re going do it because you’re going to be working with Shah Rukh Khan and have eight songs in a film and have a hit film with Katrina Kaif. Forget it. It’s unrealistic.

So the best advice I was given was by my father. He said do you work. Do it honestly. Do it with passion. Give it your all. And have as little expectation how it will do, as possible.

Salman Rushdie on the making of Midnight's Children

Given that Midnight’s Children is a film adaptation of a novel, did it limit your creativity at all?

It’s very different. When you adapt a book, you aren’t adapting the whole book. You can’t, because otherwise the film will be eight hours long. It’s a very creative process. Salman Rushdie, who wrote the screenplay, has done an extremely great job because it was the theme in the book that we were to focus on. So in fact, it’s another layer of complexity and creativity.

Many artists have certain routines or customs they perform before an important event or performance. Are there any sorts of rituals you engage in before you start filming?

It’s something that I’ve picked up from India, which is, we have Mahurat (an auspicious time for a particular occasion). We usually get a pundit and just give blessings to the camera. It’s very nice because the whole crew and cast, before the first shot, get together and somebody says a really nice small prayer. And you know…break the coconut; put the garland on the camera. It’s a ritual that’s very pretty. It’s a ritual which is beyond any religion.

Briefly tell me about your favourite scenes in the film.

I love the scene where it's Parvati and Saleem’s wedding night. It’s so lovely because she’s pregnant and there’s this lovely ghazal by Jagjit Singh and it looks so beautiful. I love the time when they (Saleem and his sister Jamila) do the twist. I love the Bangladesh war; miles of bodies all around. I love it not because I think it’s beautiful, but because it’s so tragic. 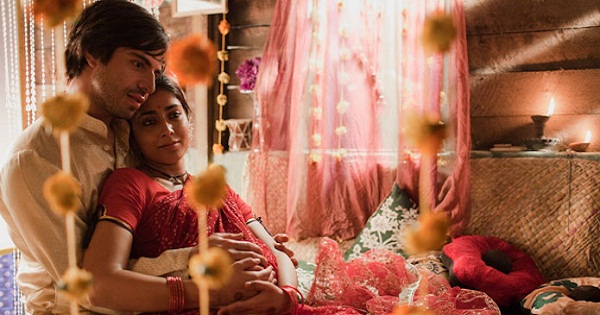 In a recent article in the Vancouver Sun, the reporter mentions that you think Bollywood films have “too much hip-twisting.” Given that, what was your reasoning to include a scene featuring Saleem and his sister hip twisting to “Twist Karo”?

The twist is there for a reason. It’s not just there for a dance. It’s there because when people did ‘the twist’, it was in the 60s. It catches the glimpse of the time. It shows how happy he (Saleem) is and the camaraderie between coming home. Finally he’s home. It’s about energy. And, he feels so alive. For me, to have a dance sequence, unless it says something, is a real waste of time.

The scene where ayah (nanny) Mary reveals that she switched the babies, was anticipated to be one of the most dramatic scenes in the film but some critics say it sort of fell flat. Why did you choose to have the family react so “softly” or some would even say “unrealistically”?

This is not a Hindi movie. I don’t think that people start screaming and shouting, “Hai Mera Bacha! Hai Meri Ma! Kya Tu Ne Kar Diya! Ne kal ja meri aankhon se! Hai Ram! Hai Bhagwan!” This is a real film. It’s not unrealistic. The way they react is extremely realistic. When you make a statement like that, it’s about shock. It isn’t about histrionics.

What’s your take on Bollywood?

I like Bollywood. I think it’s great fun. I’ve seen many Bollywood films; the latest one I saw was Barfi
. I like Ranbir a lot…I mean he’s a great actor. I thought Priyanka was very good in the film.


What is the lasting impression you want to leave on the audience with Midnight’s Children?

Hope. All of us can find our families and our identities wherever we are.

What’s next for you?

Midnight's Children releases November 2 in Toronto and Vancouver at select theatres. Click HERE for more information on the film.