Toronto singer and choreographer Bageshree Vaze, will perform songs from her new CD Ragas and Rhythms, and perform an exciting new live show of Indian film hits from the 1950s until now, Global Bollywood. She will be joined by celebrated Toronto musicians including tabla virtuoso Vineet Vyas, bassist Chris Gartner, guitarist Kevin Laliberte, saxophonist Sundar Vishwanathan, and violinist Jaron Freeman-Fox. Spanning a wide gamut of musical influences and displaying glimpses of India’s vast music and dance landscapes, the show is a dynamic display of the global world we live in.

“This concert is a showcase of how small the world is and how it’s always been,” says MTV India ‘rising star’ Vaze.

“The fact that I learned ancient songs, as well as Indian film hits in my childhood in a remote setting like Newfoundland, before the age of the Internet, is testimony to how music transcends time and place.”

Vaze was raised in St. John’s, NL, and initially learned vocal music from her father, Damodar Vaze. She later trained with one of India’s foremost vocalists, Veena Sahasrabuddhe, and has had two CDs, Bageshree and Tarana released in Canada and India. Some of her songs, such as ‘Oh Meherebaan,’ have been featured on international radio including the BBC UK, and the video for her single ‘Deewana’ won the 2006 ReelWorld Film Festival Award for Outstanding Music Video.

‘When I was growing up, I was influenced by so many cultures around me, not just Indian,’ says Vaze, who is also a dancer and choreographer. ‘The Global Bollywood project shows how Indian film music directors had a myriad of influences that found their way into Indian music, such as jazz, swing, rock, disco and even reggae.’

The ‘Global Bollywood’ segment of the show will feature songs from celebrated music directors such as A. R. Rahman, Shankar Jaikishan, R.D. Burman, Biddu, Bappi Lahiri and Shankar Ehsaan Loy. 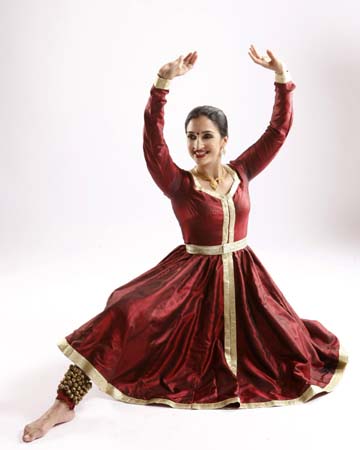 Reviews Received by the Featured Artist

‘Vaze is a brilliant and expressive dancer’ – The Globe and Mail

“This Cd is an auspicious entry by a serious artist making a splash in the steadily deepening Indo-Canadian talent pool.” Review of ‘Tarana’ –Andrew Timar in Whole Note magazine

“As Vaze’s feet tap in perfect rhythm to the beat of Vyas’ tabla, its clear this is a couple in perfect sync.” – Prithi Yelaja, Toronto Star

“It’s hard to imagine a more agile confluence of Eastern and Western sounds…traditional and modern instruments unfurl a jaw dropping tapestry. No matter what language she’s singing in, Bageshree communicates on the soul level. And it’s impossible not to be moved.” – Kim Hughes, Music Editor, Amazon.com

“Creating imaginary lands that lie somewhere between the old world and the new. [Bageshree’s] voice soars above deep grooves and ancient melodic streams for a birds eye view of the future of world music.” – Jowi Taylor, Global Village, CBC Radio One

“Bageshree Vaze – a perfect blend of the traditional and modern…takes one on a joy ride of exotic melodies” – Jaya Biswas, The Asian Age, India