With FORCE, John Abraham re-visits the action genre that he attempted in DHOOM. He has the physique and the persona to carry off the part and make the character believable. Remake of the Tamil hit KAAKHA KAAKHA, which starred Suriya and Jyothika, FORCE packs the punches, the kicks, the blood and the bruises in those two hours. Essentially a fight between the good and the evil, there's a restrained love story as well, which becomes the backbone of the plot.

FORCE borrows from the masala films of yore that popularized Indian cinema in 1970s and 1980s. Love, romance, deceit, treachery, revenge, loads of action… FORCE has it all. Although, you may find the plot – line clichéd and predictable, but if the film manages to keep you hooked, if the twists and turns are truly interesting, despite the predictable path the story undertakes, the purpose is served. Thankfully, FORCE gets it right! 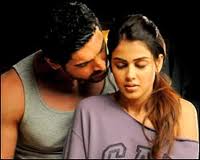 Yashvardhan [John Abraham] is a senior narcotics officer who doesn't play by the book, but always ensures that justice is served. He believes that the only way to eradicate crime is to give criminals the bullet — not handcuffs. In the midst of his most dangerous and significant operation to crack down on India's drug cartels, Yashvardhan encounters a ruthless enemy Vishnu [Vidyut Jammwal], who will stop at nothing until he gets his revenge for the damage done to his business by the narcotics team.

Yashvardhan also meets the free-spirited Maya [Genelia D'Souza], whose love pushes him to make a choice between the life he already knows and the life he could have with her. Just when everything seems to be going right, the enemy strikes…

Director Nishikant Kamat has the viewers' adrenalin pumping in this engrossing crime drama. Velocity and technique are the essence of FORCE. Add to it sharp dialogues and raw action. Though the storyline is far from novel, it is these attributes that keep you engrossed. Also, this deadly cat-and-mouse game ends in a spellbinding climax. Very frankly, the film has some fairly engrossing moments in the first hour, but there are times when you feel restless. But the post-interval portions work big time. The penultimate half-an-hour is the best part of the enterprise. It packs a solid punch, especially the raw action sequence between John and Vidyut. 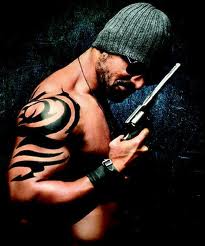 Nishikant integrates the songs well in the movie. Even otherwise, the songs [Harris Jayaraj] are tuneful and well choreographed [Bosco-Caesar]. Cinematography [Ayananka Bose] is a visual treat. But it's the raw action that stays with you. The action scenes [Allan Amin] are the type that will have the masses go in frenzy, especially these two sequences — the chase [John chases Vidyut, soon after Vidyut attacks him] and also the finale confrontation.

From showing off his chiseled body to lifting a 120 kg bike, John is a complete revelation and gives an outstanding performance. Robust in looks and smug with self-confidence, the young man matures into a full-fledged action hero with this film. With the additional pounds of muscles to his frame, he looks very convincing as the Narcotics Officer. It is obvious that John has worked really hard — honing his acting skills, concentrating on stunts and particularly on his physique.

Genelia is strikingly sweet and subdued. I genuinely feel that Genelia's an under-rated actress, who's capable of delivering if given an opportunity. Note the sequence when she proposes to John. It's a difficult sequence which Genelia carries off 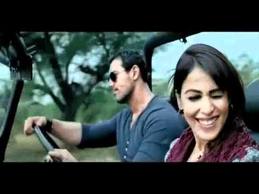 so well. Besides, the on-screen chemistry between John and Genelia is infectious. The villain, portrayed by newcomer Vidyut Jammwal, is a worthy opponent, who is the proverbial Evil pitted against Good. His persona is striking and his performance, excellent. This guy is here to stay and his performance will be talked-about when the movie hits the screens.

Mohnish Bahl is top notch, especially towards the final moments. Sandhya Mridul is, as always, highly competent. Amit Gaurr does well. Kamlesh Sawant is convincing. Mukesh Rishi is perfect. Raj Babbar doesn't get much scope. Ditto for Anaitha Nair, who is wasted.

On the whole,
FORCE
is an engrossing story of vendetta and the execution of the material makes it stand out in the crowd. The film has the requisite amount of zing and force, so essential for action movies that talk of heroism. If you are looking for a sensible masala film with substance, FORCE should most definitely figure on your agenda. Recommended – 4/5 stars!!!