In 2006 with the ever looming dangers of the underworld in Malaysia, Don broke the morale of his associates by infiltrating the gang with an alias and taking advantage of the enmity of Singhania & Vardhaan. He rose to become the undisputed King of the underworld with his shrewd mind and merciless tactics.

The police in their pursuit of Don unknowingly hired the very man they were trying to hunt. Don used this to his advantage and let the police and his former associates battle each other while he escaped much to the bewilderment of everyone leaving no traces of evidence of his whereabouts.

Having conquered the Asian underworld, Don (Khan) now has his sights set on European domination. In his way are the bosses of the existing European underworld and all law enforcement agencies.

The action shifts from Kuala Lumpur to Berlin as Don must avoid assassination or arrest, whichever comes first, in order for his plan to succeed.

A 'wanted' man, 5 years ago, he was being hunted by law enforcement agencies of 11 countries – after a cat-and-mouse game of his own archestration, where he duped everyone into believing that he was the paan-chewing simpleton Vijay. Don walked away tall and victorious – the new, invincible king of the entire Asian underworld.

This time around, wilier and even more ruthless than before, Don is ready for bigger game. A master plan that will destroy all his enemies and virtually bring Europe to its knees! 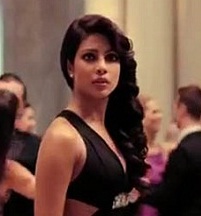 Don's 'Junglee Billee', in her quest to avenge the cold-blooded murder of her brother Ramesh at the hands of Don, she fell in love with Don's innocent look alike Vijay… only to shockingly discover that Vijay was actually Don.

Now, years later, determined to seek vengeance, she has joined the Interpol and is part of their worldwide hunt for Don.

When she does find him, will it be payback time for Don? Or are there same tender feelings still lingering underneath all the hatred that feels for him? 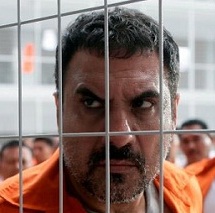 He was masquerading as DCP DeSilva when we first met him. The dual identity was all part of an elaborate subterfuge. Years ago, Singhania had double-crossed him and Vardhaan managed to settle the score by assassination. But his best=laid plans hadn't taken into account Don's scheming mind, which ensured that Vardhaan fell victim to his own trap.

Now, he's languishing in a Malaysian prison, waiting… seething… to get even with Don. But when Don comes calling with a hand held out in friendship, will he join forces with his arch enemy? And can he be trusted if he does? 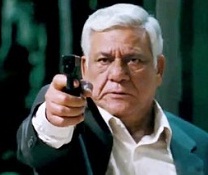 An Interpol officer, his life's mission seems to be the capture of Don. He's spent years pursuing him. Now, also a mentor to Roma, he is willing to do all it takes to accomplish what he started out to do.

But when he does come face-to-face with Don, will he manage to apprehend him? Or will he become another pawn in Don's hands, like many have before him?

The original kingpin, Singhania had entrusted the running of his drug cartel to his trusted lieutenant Don. But Don had always has other plans. He took Singhania out of the equation with a major stroke by getting Vardhaan to do the fatal job and took over the cartel.

Although deceased, Singhania still has a part to play in Don's destiny. He has left behind a safety deposit box in Switzerland…the contents of which hold the key to Don's new master plan.

DON 2 is releasing Friday, December 23, 2011 at Albion and Woodside Cinemas. Click HERE for showtimes and tickets.