Originally, adapted for radio via a BBC commission, “Seven Steps Around the Fire” is a murder mystery story about a hijra (eunuch) who secretly marries the son of a minister and has to bear dire consequences. The roles of police, politicians and society are questioned. Sawitri Theatre Group
will be presenting the full length play in two acts at Meadowvale Theatre in Mississauga.

“In composing the music for Seven Steps Around the Fire, I researched and incorporated ideas from Sanskrit mantras about Ardhanarishvara,” explains composer Vikas Kohli of FatLabs, who further adds “Ardhanarishvara is an androgynous form of the Hindu god Shiva and his consort Parvati, which symbolizes the oneness or non-duality of the universe and it's important the music reflects deeper meanings in the script.”

Mahesh Dattani, a Sahitya Academy Award winning playwright from India is also a film director. His works have been studied widely in academia and he is known for writing and directing the movie Morning Raaga starring legendary Bollywood actor Shabana Azmi. Mr. Dattani is confirmed to attend the Canadian Premiere opening night of “Seven Steps Around the Fire”.

Hijras, or eunuchs, have more than 4000 years recorded history in the Indian subcontinent, as suggested by the Kama Sutra period. Their community is often deprived of several rights under Indian civil law because the law recognizes only two sexes. In recent times, advocates have been lobbying for official recognition of the hijra as a kind of “third sex” or “third gender,” as neither man nor woman. 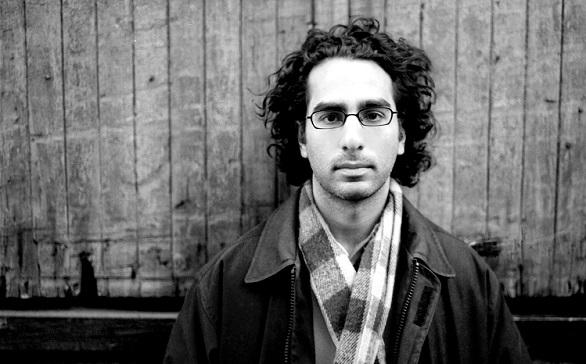 Vikas Kohli of FatLabs is the first composer to receive the Trailblazer Award from the ReelWorld Film Festival, the first composer to receive a Voice Achievers Award and he also received a MARTY award from the Mississauga Arts Council. He has composed and produced music for award-winning Canadian recording artists, award-winning Indian recording artists, award-winning Canadian and American films, and major motion Bollywood films.

Kohli sits on the advisory board of the Blackwood Art Gallery, the Board of Directors of the Art Gallery of Mississauga and is Artistic Director for the Monster Rock Orchestra and Bollywood Monster Mashup. He has been profiled on ET Canada, CBC The National, The Globe & Mail, The Toronto Star, The Hindustan Times, MSN, AOL, Yahoo, and Zee News. Born in Nepean (Ottawa), Kohli began playing guitar and painting at fine arts school before receiving his Honours Degree in Mathematics & Philosophy from the University of Toronto, his MBA from the Schulich School of Business and his CFA. Kohli now lives in Mississauga, Canada.