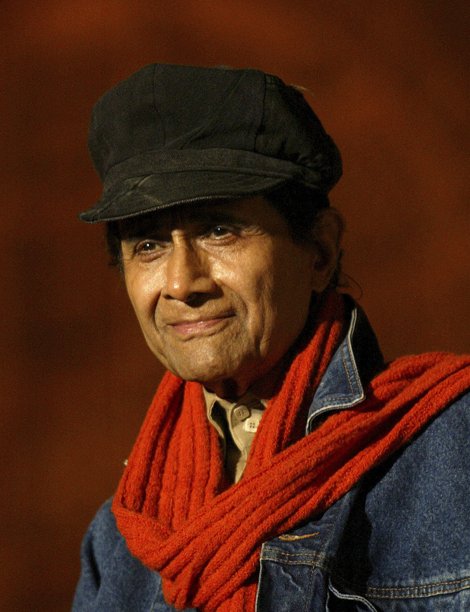 Famed for his roles in dozens of movies, including “Jewel Thief” and “Guide,” the veteran actor, director and producer was working up to the last minute, with a new script in the works.

Anand lived and died on “his own terms,” his nephew and renowned film director Shekhar Kapur said in a posting on Twitter. “He was working one minute. Sat down and smiled. And was gone the next. So much to learn.”

Anand died of a heart attack Saturday night in a hotel in London, where he had gone recently for a medical checkup, the family said.

“Dev Anand was a great artist who entertained generations of cinema lovers for over five decades,” Prime Minister Manmohan Singh said in a statement. “He was an embodiment of long passion for acting and filmmaking. I join millions of his fans in mourning his death.”

Born on Sept. 26, 1923, as the son of a Punjab lawyer, Anand studied English literature and law, eventually moving in his early 20s to India's film capital of Mumbai, then called Bombay, where he pursued a love of acting.

Known for his good looks, melodious voice and success in romantic leads, Anand was considered a superstar within just a few years of his 1946 screen debut in the Hindi-language film “Hum Ek Hain.”

Others in his family followed, with his brothers Chetan and Vijay also winning praise as film producers, screenwriters and directors.

Dev Anand also began producing in 1949, and made his directorial debut in 1971 with the popular hippie cult film “Hare Rama Hare Krishna.”

Never giving up the career, Anand released his latest film, “Chargesheet,” just a few months ago and was reportedly working on another script when he died. 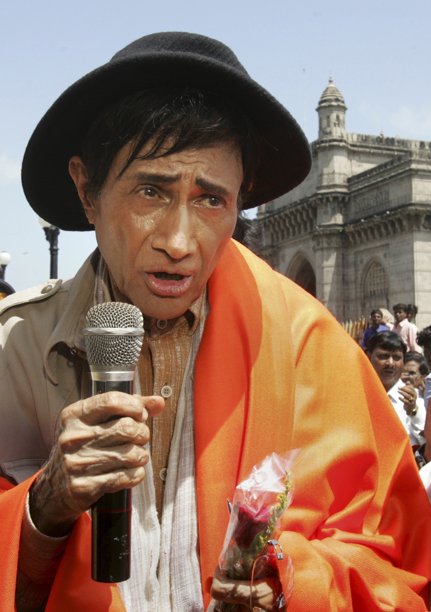 Dev Anand during the filming of “Mr Prime Minister“.

On his birthday in September, the upbeat actor told the Press Trust of India that he still had more to offer.

“My life is the same, and I am at a beautiful stage at 88,” he reportedly said in the interview. “I am as excited as I was in my 20s. I have so many things to do,” including a sequel to his 1971 film that he had titled “Hare Rama Hare Krishna Aaj.”

Anand was given several prizes during his career, including lifetime achievement awards by Filmfare in 1993 and Screen Videocon in 1996. His 2007 memoirs, titled “Romancing With Life,” underlined his belief in making films that were socially relevant.

Also known for social work, Anand dabbled in politics in the 1970s, launching a short-lived political party and leading other film stars in opposing then-Prime Minister Indira Gandhi's “Emergency” regime, which gave her the power to rule by decree.

“With his death, an era has come to an end. For a career spanning more than five decades, Dev Anand gave us films which will stay entrenched in our minds for years on,” Information and Broadcasting Minister Ambika Soni said in a statement carried by Press Trust of India. “He was truly a multifaceted performer as an actor, director and producer.”

Bollywood superstar Amitabh Bachchan said in a posting on Twitter that Anand's death “leaves a void never perhaps to be filled again.”

Prize-winning British-Indian novelist Salman Rushdie lamented in a post: “I grew up watching your films. Sorry to say goodbye.”

Anand's family plans to cremate his body in London on Tuesday or Wednesday.

Check out this song below from one of Dev Anand's most popular films, “Guide“.