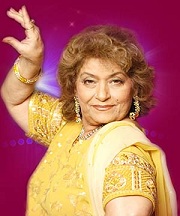 Most of them were lean when they started out. So some blame it on the oily food on the sets, the lack of physical exercise and the stress of coordinating with assistants and artists.

“Choreographers are like visualisers. They plan the choreography, not actually dance. They know what to tell the artist, they know the technique of the dance, but they don't stand and perform all the time. Add to that the food on the sets,” young choreographer Terence Lewis told IANS.

“As a choreographer, you are stressed all the time as you have to concentrate on the artist and many times you end up neglecting yourself. Many of these choreographers were very fit when they started off, but in an attempt to take care of others, they have neglected themselves and that is why it has taken a toll on their body,” he added.

However, the “Dance India Dance” judge adds that though it is important for all dancers to be fit, choreographers can be a little lax as they don't have to face the camera.

Choreographers such as Vaibhavi Merchant, Ahmed Khan and Geeta Kapoor started out lean.

“As long as you are just a dancer, and dance actively, your body's metabolism is faster. The moment you become a choreographer, half of your work slows down. You are not physically doing a lot of things, you just get people to do things,” said Kapoor. 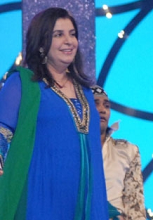 Why did she gain the inches?

“It is strange to see how all of us have shot up (in terms of weight). I think it is very important to be fit. I have a slip disc problem, which is why I am not always dancing. If god had permitted me to be fit, I would have immediately jumped up to it, but because of my severe back issue, I'm not allowed to do much,” said the “Dance India Dance” judge.

“But other than that it is very important for all dancers to be fit because they have streneuous things to do,” she added.

Earlier, Ahmed Khan had told IANS how a choreographer's role is akin to that of a director these days. A choreographer is not just about teaching the dance steps, he also decides the location, the setup, the lighting, the costume — a dance is a film in its own way, and the choreographer ends up becoming a director for it.