The legendary performer is joined by his sons, Amaan Ali Khan and Ayaan Ali Khan for what is certain to be an evening of stirring harmonies and complex rhythms that speak directly to the heart. This exquisite performance takes place on Sunday, February 10, 2013 at 8:00 p.m. 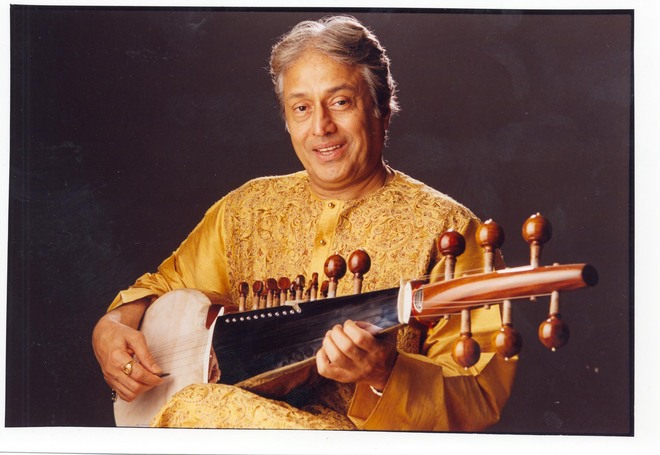 Ustad Amjad Ali Khan is the sixth in an uninterrupted lineage of music masters said to have founded the great sarod traditions. Amjad Ali Khan was only six years old when he gave his first sarod recital. After his debut, the career of this musical legend took off, and the Indian classical music scene was witness to regular and scintillating bursts of Raga supernovas. He was born to the illustrious Bangash lineage rooted in the Senia Bangash School and studied with his father and guru, the great Haafiz Ali Khan.

Today he shoulders the sixth generation inheritance of this legendary lineage — and his sons, who perform with him, belong to the seventh generation.

He has done far more than simply preserve the impact, beauty, and legacy of the sarod, Ustad Khan has single-handedly elevated the sarod to one of the most popular instruments in the Northern Indian tradition. By striking the delicate balance between innovation and respect for a timeless tradition, he has given it new dimension and texture.

His devotion to the sarod and love of the ragas — traditional melodies — has led to a global fan club that includes the likes of His Holiness The Dali Lama, Prince Charles, and United Nations Secretary-General Ban Ki-moon. He has made countless international festival appearances and has performed in the most prestigious of venues from Carnegie Hall to Sydney Opera House to Royal Albert Hall.

Hear a sample of Amjad Ali Khan's music below: