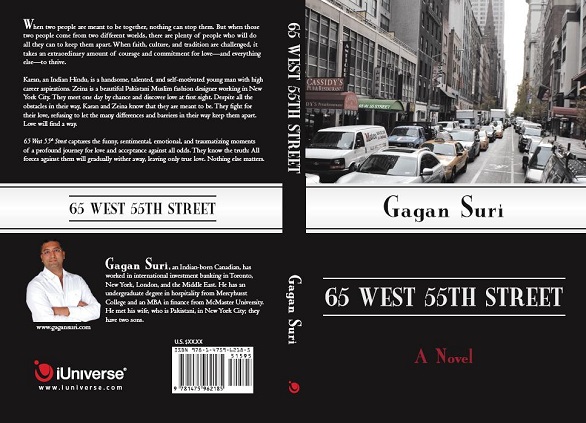 They meet one day by chance and discover love at first sight. Despite all the obstacles in their way, Karan and Zeina know that they are meant to be. They fight for their love, refusing to let the many differences and barriers in their way keep them apart. Love will find a way.

“Mr. Suri, who is a professional banker, a job known to be cold and heartless, managed to deliver a warm, funny and a very readable personal tale indeed. The book, while simply meaning to tell an “impossible love story”, “a romance against all odds”, succeeds in bringing out a joyous celebration of life and its wonders. Its cute and cuddly humor is always welcomed; the culinary adventure it takes its reader to is pleasant to the palate. The selection of the bits and pieces of the Indo-Pak cultural aspects is an eye opener. This book is a celebration of life; it brings out to the reader a “masala” of goodies. East versus West, when cultures collide, this concept holds true when addressing the different backgrounds: the story takes place in the US and Canada with its heroes coming from India and Pakistan,” said Hussein Shobokshi, Middle East Journalist.

Message from the Author:

Love goes beyond boundaries. To all those who go against convention and dare to love someone of a different religion, culture, or country, believe in yourself, and stay firm in your belief. All forces against you will gradually wither away and what will remain is true love. 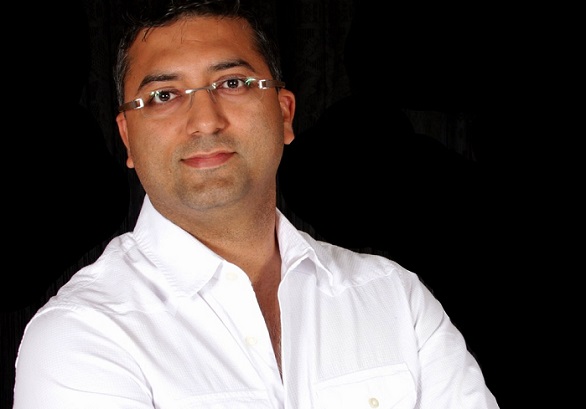 “I was born and raised in India. I grew up living in many cities and traveled extensively in India. I moved to the States after high school, where I earned a BA in Hospitality. My Hotelier career lasted a few years in the States. I immigrated to Canada, earned an MBA in Finance, and changed careers to Investment Banking. It was during my career transition that I met my wife, who is from Pakistan. She had just graduated from Parson’s and was working as a freelance Fashion Designer in New York City. We fell in love and went through an interesting experience with our families for several years before they accepted us. We ultimately got married with the blessings of all our immediate family. Over the years, during my travels, I have met with people from all walks of life who get interested in my story. Many of them confide in me and narrate their experiences of how they once loved someone, but could not get married; in most cases it was because religion, culture or nationality came in their way. They inspired me to share my story with the world. I wrote 65 West 55th Street to help the world look beyond boundaries,” says Gagan Suri

“I chose this book because I know the author. I liked the love story and the challenges faced by a man and a woman from different faiths. New York City is one of the locations which makes the story have a context I can relate to. The story combines faith, fashion, fate and camping…of all things. I would recommend this book to anyone who knows Muslim, Hindu, Christian interfaith couples. This story sheds light on the history and cultures of Pakistan and India and the ways that love can overcome their differences,” says Linda Lundstorm, one of Canada’s most well known fashion designer. 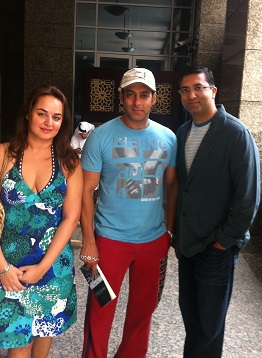 “It was at breakfast at the Ritz Carlton DIFC in Dubai in spring 2013 that I ran into Salman Khan.

My wife and I were in Dubai for the book launch of “65 West 55th Street” and just the night before we were discussing that most of the readers wanted to see the novel made into a movie. It was sheer luck that we ran into Salman. Salman Khan is not only one of the most famous Bollywood actors, but also a successful producer and director. As we approached him, he had the ‘please leave me alone look’ and for obvious reasons, he was having his breakfast and not there to meeting fans at 8:00 am in the hotel’s restaurant, but he was polite enough to say that once he was done with breakfast, he would spend a few minutes with us.

After he was done with his breakfast, he graciously accepted the novel and heard our story. He promised to read the novel on his next long-haul flight. Not many fans approach Salman for more than a photo and autograph with him. I believe he was pleasantly surprised that we had approached him to share a copy of my novel with him. ‘Ek Tha Tiger’ was a super hit in India and Pakistan, a love story between two agents from Indian and Pakistan – maybe after reading 65 West 55th Street, Salman might make “Doosra Tiger!”.

I have our hopes up and expect to hear from him someday soon,” said Gagan Suri

The novel has been gaining publicity worldwide and getting 5-star ratings. It is available for sale at all major online retailers including Amazon and Barnes & Noble. The novel is available in softcover, hard cover and various e-book formats.

To get your very own copy of 65 West 55th Street please click HERE.